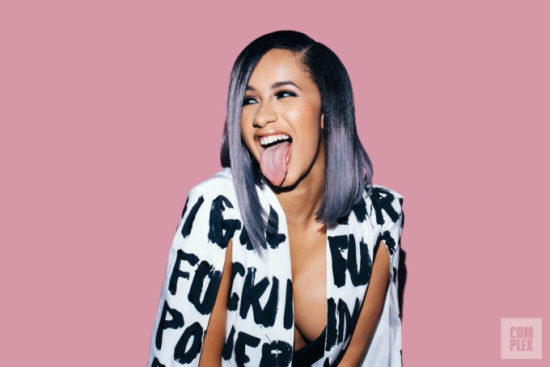 Cardi B has taken the music world by storm. The rapper had some significant accomplishments along the way. She knocked Taylor Swift out of the number one spot on the Hot 100 Billboard chart in September 2017. In January 2018, she even outdid Beyonce, becoming the first female artist with five singles simultaneously in the top 10 on Billboard’s Hot R&B/Hip-Hop chart.

During that time, she also had an active Instagram account in which she showed off her body and discussed her desire to be rich and famous. That account helped her take the next step.

Cardi B appeared on the show Love & Hip Hop: New York in 2015, thanks to the viral nature of her Instagram account. She was an integral part of the story line, helping her gain notoriety. She also got paid for participating, helping her achieve a net worth of $400,000 by 2016.

Her role on Love & Hip Hop: New York helped make the release of her mixtapes a success. By February 2017, she had a record deal with Atlantic Records. In that single moment, Cardi B’s net worth went up by $1.1 million.

After working hard in the recording studio, Cardi B’s single “Bodak Yellow” hit the airwaves, and it really launched her career. This was followed by “Bartier Cardi,” which just recently got a music video. A third single, “Be Careful,” showed a different side of Cardi B, being more sung than rapped.

The subsequent album, Invasion of Privacy, was highly anticipated, thanks to it featuring both hit singles. It hit the shelves on April 6, 2018, after she’d already reached $4 million in net worth.

Cardi B’s Net Worth Could Skyrocket in 2018

If her newest recording is as successful as it could be, then her net worth will likely skyrocket over 2018. A likely contributor to album sales: Cardi B is in the lineup for the Coachella music festival this month. Just for comparison, here’s what five of the other performers net worths look like:

Cardi B could have a long career ahead of her, so her net worth may continue to grow for years to come. The sky may be the limit.

Are you a Cardi B fan? Tell us in the comments below!

If you liked reading this post about celebrity net worth, you just might love some of these others stories from our archives: