"It is good to have money and the things that money can buy, but it's good too, to check up once in a while and make sure you haven't lost the things money can't buy." - George Lorimer 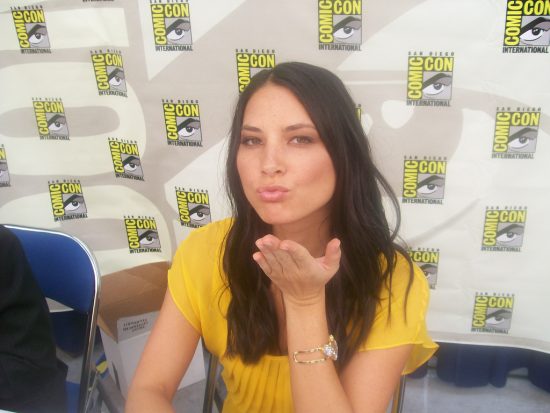 Olivia Munn will appear in one of her largest roles in The Predator this week. Although her career hasn’t been huge, she’s been able to land some major roles in huge films, like this one. So, what is Olivia Munn’s net worth and how will The Predator impact her wealth?

Munn was born in 1980 in Oklahoma City. When she was two years old, her parents divorced and her mother remarried a member of the United States Air Force. This caused the family to be relocated throughout Munn’s life, however, they spent the longest period of time stationed in Tokyo.

While living in Tokyo, she appeared in local theater productions and later got involved in Japanese fashion. Her mother and stepfather divorced during Munn’s teenage years. She and her mother moved back to Oklahoma when she completed her high school education. After graduating, she attended the University of Oklahoma, earning a Bachelor of the Arts in journalism with a minor in Japanese and dramatic arts.

When she graduated from the University of Oklahoma, she went on to intern at NBC in Tulsa and later worked as a sideline reporter for Fox Sports Networks. After deciding that she wasn’t fit for sideline reporting, Munn moved to Los Angeles to pursue a career in acting.

Soon after the move, she was cast in a small role in a straight-to-DVD horror film called Scarecrow Gone Wild. After landing that role, she appeared in a rock band music video and also managed to land a role in National Lampoon’s Strip Poker. In late 2005, she began her role on the television show Beyond the Break as Mily Acuna and managed to land a few other television and small film roles.

Munn got her “big break” in 2010 when she began landing larger roles in major motion pictures, such as Date Night and Iron Man 2. She even garnered praise from Robert Downey Jr. on her improv skills. On June 3, 2010, she debuted as a correspondent on Comedy Central’s The Daily Show and remained in that role for a little over a year.

Since then, she’s appeared in films like X-Men Apocalypse, Office Christmas Party, and Ocean’s 8. She even voiced Koko in the 2017 Lego Ninjango Movie. Each of these experiences has prepped her for her latest role in The Predator.

Not all of the press surrounding Munn has been positive. As The Predator premiere approaches, she’s been in the middle of a bit of a controversy. She called out the film’s director for knowingly hiring and casting a registered sex offender in the film. Steven Wilder Striegel appeared in one scene in the film, which has since been removed.

All of this has led Olivia Munn’s net worth to reach an estimated $12 million with an annual salary of $1 million. Most of her earnings have come directly from various roles she has played. For instance, for her role in Ride Along 2, she was paid $833,000. Munn’s role in Mortdecai earned her $625,000.

In addition to her earnings as an actress, she has made a significant amount of money from endorsements as well. She has appeared in ad campaigns for companies like Nike, Pepsi, Proactiv, and Neutrogena. She also promoted a beef jerky brand for some time. The average amount she earns from endorsements levels out around $261,438.

Like many other performers, Munn has decided to expand her career by branching out from acting and endorsing. She wrote a nonfiction novel called Suck It, Wonder Woman: The Misadventures of a Hollywood Geek. In addition to doing paid promotions for the book, it has sold tens of thousands of copies worldwide.

Munn does a bit of unpaid work as well. She teamed up with Dosomething.org’s Green Your School Challenge in 2011. The actress has also been supportive of PETA and helped with the organization’s campaigns in the past.

A portion of her net worth can also be attributed to her LA home. Although there aren’t any solid figures to determine how much her home is worth, the location alone makes it worth millions. Munn also owns a number of chauffeured luxury vehicles that contribute to her net worth as well. For now, she is single without children, though she did date Green Bay Packers quarterback for three years.

It is not yet known how much Munn stands to make from The Predator. However, she will likely continue to land higher earning roles as her career continues to advance, despite the recent controversy.

Readers, what do you think about the controversy surrounding The Predator premiere?