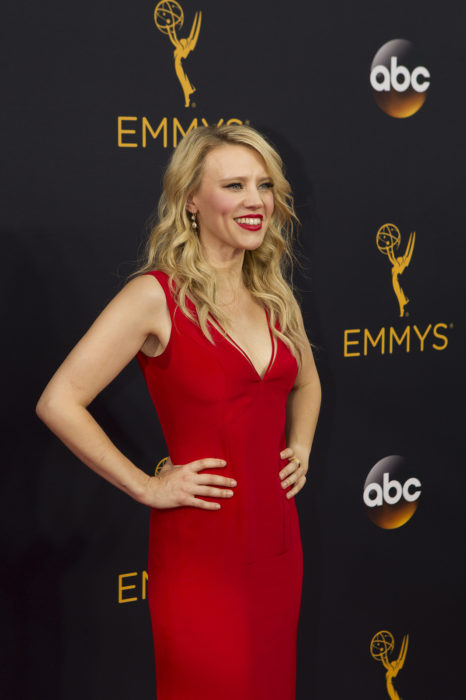 Many members of the cast of “Saturday Night Live” go on to act in wildly successful movies. They even host their own television shows. In this respect, Kate McKinnon is no different. Her spot on SNL has led to her landing a role in the 2016 reboot of Ghostbusters.  And now alongside Mila Kunis she’s landed another role in The Spy Who Dumped Me. So, what has all this success earned her in terms of wealth? What is Kate McKinnon’s net worth?

McKinnon was born and raised in Sea Cliff, New York (a small town on Long Island). She was always interested in entertaining others. As a child, she played several instruments, including the piano and cello.

After graduating high school, McKinnon pursued a degree in theatre at Columbia University. During her time at the university, she founded a comedy group. Her group, Tea Party, focused on musical improv comedy. She also starred in three Varsity shows while in school. She was also a member of Prangstgrüp, a comedy group that focused on elaborate pranks. McKinnon graduated in 2006 with a degree in theatre.

In 2007, she landed a role on Logo’s The Big Gay Sketch Show. She was a member of the show all three seasons it aired. Between 2007 and 2012, McKinnon continued to perform live sketch comedy at the  Upright Citizens Brigade Theatre in New York City. She has also found work as a voiceover actor for television series like Ugly Americans and The Venture Bros. She won a Logo NewNowNext Award for Best Rising Comic in 2009 and was nominated for an ECNY Emerging Comic Award in 2010.

Her career was already on an upswing when she landed her spot on Saturday Night Live, where she has flourished since. She debuted as a featured player on April 7, 2012, and was given a permanent spot on the show in 2013. McKinnon is the show’s first openly lesbian cast member. Her current girlfriend, Jackie Abbott, is an actress as well.

The roles she plays on SNL opened doors for McKinnon. She co-created and co-stars in the web series Notary Publix with her sister Emily Lynne. McKinnon also has a number of SNL cast members as guests on the show.

The comedian/actress has also gone on to act in large motion pictures, such as the 2016 reboot of Ghostbusters, and now, The Spy Who Dumped Me. How has all this success impacted the star’s overall wealth?

Sources estimate Kate McKinnon’s net worth to sit somewhere between $2 million and $6 million. With her career really only just taking off, that is a substantial amount of wealth.

The primary source of McKinnon’s net worth has been her acting career, namely Saturday Night Live.  SNL cast members get paid up to $24,000 per episode, based on seniority. McKinnon has the record for the longest-standing female cast member so far. So, it is safe to say she’s getting paid well.

On top of her various roles on the late-night comedy show, McKinnon has also hosted her own standup comedy shows for which she gets paid. As mentioned above, she has also earned money as a voiceover actor, appearing on popular shows like Family Guy.

Outside of acting and voiceover, McKinnon has also done some light endorsements. She appeared in commercials for the Ford Focus in 2015, which earned her tens of thousands of dollars. With her acting career continuing to pick up, she will likely land more endorsements in the future.

There isn’t much information about her assets or property. However, it is safe to say she probably lives in or around New York City, as many of the SNL cast members do. The average price of an apartment in NYC is $2 million. With that in mind, if she owns any property, that may contribute greatly to her overall net worth.

Kate McKinnon’s career is off to a sprinting start. All in all, her appearance in The Spy Who Dumped Me will have a large impact on the star’s overall wealth. It is likely to lead to new, exciting roles for the actress in the future.

Readers, what do you think about Kate McKinnon’s net worth? Is it surprising?