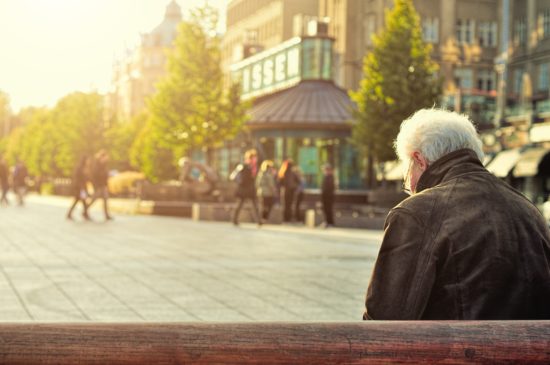 It’s no surprise millions of senior citizens depend on Social Security income to pay their monthly bills. However, the number of retirees who rely on Social Security as their primary source of income is steadily increasing. In fact, approximately 66 percent of seniors believe it will be their primary source of income throughout their golden years.

Why You Can’t Depend on Social Security Income

When it boils down to it, Social Security benefits will only replace about 40 percent of your pre-retirement income. Considering most retirees need about twice that to live a comfortable life in retirement, relying on Social Security as your primary source of income may be a grave mistake when it comes to your financial well-being. Not to mention, future cuts in retirement benefits are still a possibility.

Social Security was only ever meant to prevent poverty in older Americans. Typically, someone’s Social Security benefits will cover basic needs, such as housing, food, utilities, clothing, healthcare, and transportation. However, it won’t cover any entertainment or enjoyable aspects of life. Who would want to live in retirement that way?

How to Financially Survive Retirement

The key to financial success in retirement is finding ways to boost your income before (and after) you leave the workforce. For those who are still working, you still have time to contribute to savings, 401K, and IRA accounts. It also isn’t too late to chat with a financial advisor about investing some of your cash.

Retirees who depend on Social Security still have options to boost their income during their golden years. You can always try a part-time job. Consider consulting in your former field, working for a nonprofit you support or turning a hobby into a small business. For instance, seniors who enjoy crocheting or knitting can make extra money selling items on Etsy or at pop-up markets.

You can also take a look at your assets and see if any of them may serve as a secondary source of income as well. If you have extra space in your home, consider renting it out. You may also look for items you have around the house that are of value that you can sell.

Even now Social Security benefits are barely enough to keep retirees afloat, and two-thirds of the retired population heavily rely on them. Looking into the future, those benefits could disappear as early as 2034. The only way to prevent yourself from living in poverty during retirement is searching for new ways to make more money to add to any benefits you’re receiving.

For those who haven’t retired yet but are concerned Social Security benefits won’t be around when they retire, it is never too late to start saving and prepping for your life after you leave the workforce. Start a retirement account as soon as possible.

Readers, do you currently collect Social Security? Do you have supplemental income?