Which states’ taxpayers are getting the best refunds so far? Although the average reduction in taxes is looking like 1.8%, at least 10 states noticeably diverge from that. 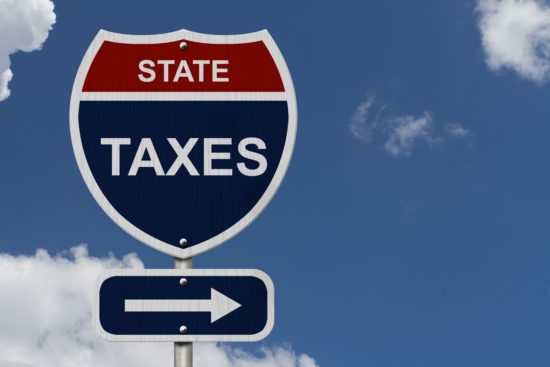 The Tax Policy Center says that 65% of households got tax reductions this year — the average is about $1,600 — and about 29% appear to be paying about the same that they did last year.

But about 6% of households are facing higher taxes this year — and there are 15 states with different proportions, including more than 8% to 9% of households in:

However, there’s more variation in the tax cuts between income groups than states — some of this reflects differences in family composition and some of it has to do with whether people claimed deductions for business income. Whereas the differences between has to do with limitations on state and local tax deductions — they were capped at $10,000 under the Tax Cuts and Jobs Act. Previously, taxpayers could deduct the full amount.

Which States’ Taxpayers Get the Best Refunds

So since the cap limits these deductions, people are scoring the biggest refunds in states with the lowest tax rates to begin with: Alaska, Delaware, Montana and Wyoming.

Meanwhile, two states that have the highest tax rates, California and New York, have been trying to come up with ways for residents to get around the cap on deductions of state and local income taxes.

The states with the lowest taxes attract retirees more than people still in the workforce since salaries also tend to be lower in these locations. To see how this all pencils out, take a gander at the table and graphic below from WalletHub.

Long story short, which states taxpayers get the best refunds this year is no different than last year — even though the new tax law has  ushered in a lot of changes. The divergent effects on different demographic groups seems more about income disparities than geography.

What kind of tax refunds are you getting this year, readers? Please let us know what types of issues are challenging you the most this tax season — post about them in the comments section beneath this article and we’ll try to turn it into a future post.

Stay on top of all the tax changes this year — check out the following articles on the subject: