"Before we set our hearts too much upon anything, let us examine how happy those are who already possess it." - Francois de La Rochefoucauld 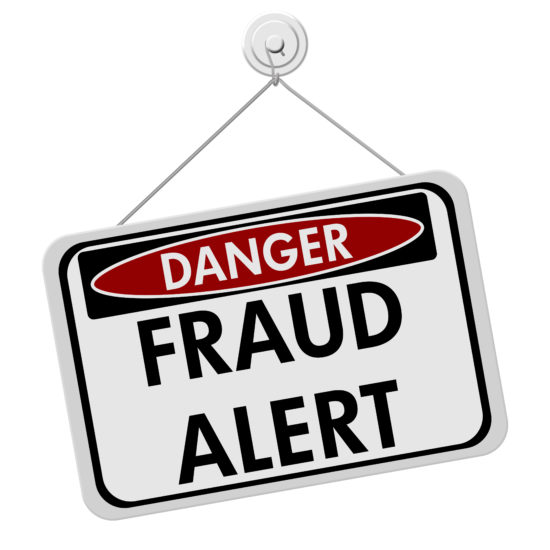 Fraudulent tax return scams are soaring, but filing your tax return as early as possible might save you from becoming a victim.

The IRS issued its second warning of the season about hackers stealing people’s refunds, or at least trying to. Unfortunately, the number of potential victims has been soaring, buffeted by attacks aimed at all levels of the tax preparation and filing industry, according to the IRS.

It’s possible this year’s rash of problems have some origins in the widespread data breach at Equifax, which exposed146 million consumers’ personal information.

However the thieves obtained the consumer data, they’ve stolen just enough to be able to file a fraudulent tax return — the fraudsters circle back to the taxpayer attempting to recoup the refund, by posing either as the IRS or a collections agency.

Some of the thieves have been phoning taxpayers pretending to be a debt collections agency that is trying to correct an erroneous direct deposit — and asking the taxpayer to forward the money to a fake address. Or they request payment via gift cards, which the IRS normally never accepts.

Another version of the scam involves an automated call with a robo-voice saying he or she is from the IRS and is about to press criminal fraud charges against the taxpayer, put out an arrest warrant and even blacklist the person’s Social Security number. The recording then provides a phone number to call and return the fake refund.

The IRS doesn’t actually call taxpayers before sending written notices or bills by mail — so if you haven’t first received something in writing from the agency, any caller is probably a fraudster. The IRS also doesn’t try to threaten to bring in law enforcement officials to arrest people for nonpayment, the agency’s website explains.

The IRS has asked tax preparers to increase the security they use regarding their clients’ information, and recommends that consumers talk to their financial institutions about whether to close accounts that were previously used for direct deposits of refunds.

Use any electronic tax filing software and you’ll be able to find out right away whether a fraudster has already filed — your attempt to file a return will bounce. You’ll have to file your real return via paper and include IRS Form 14039, Identity Theft Affidavit.

From there, you’ll want to immediately to the three credit bureaus and put in a fraud alert; report the incident to the Federal Trade Commission’s website identitytheft.gov, report the crime to the police and talk to your bank about closing the account in question.

It’s in your best interest to return an erroneous refund because the law allows the IRS to charge interest on them. If you received a refund via direct deposit, you need to have your bank send the payment back and then call the IRS (for individuals, it’s 800-829-1040 and for businesses, it’s 800-829-4933) to explain why the direct deposit is being returned.

If you got the erroneous refund in the form of a paper check and you haven’t cashed it, write “void” on the back of it and mail it back to the IRS. If you’ve already cashed the check, you can write a new check in the amount in question.

With either of the aforementioned methods, include a written explanation of why you are returning the payment, and include your Social Security number or taxpayer identification number so that your account can be credited.

For further instructions on how to respond, check out the IRS’ Taxpayer Guide to Identity Theft, “Tax Topic Number 161 – Returning an Erroneous Refund” and “Data Breach: Tax-Related Information for Taxpayers.”

The U.S. Department of Justice website also provides great advice on the topic, including links to enforcement actions taken against perpetrators.

Long story short, it behooves you to file your taxes as early as possible this year to pre-empt any bogus filings by fraudsters attempting to horn in on your refund.

Readers, have you filed your tax return yet?