"The wise man carries his possessions within him." - Bias 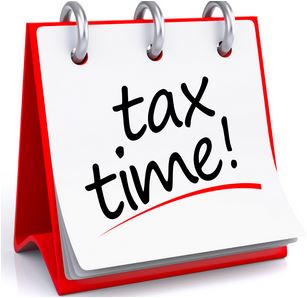 Have you wished you could postpone your taxes — like until different politicians take office and change the tax laws? Sorry, but you’re out of luck.

You can postpone your filing deadline until as late as December 15, a couple of weeks before any newly elected Congresspeople get sworn in.

And all an extension does is delay the deadline for filing a return. It doesn’t postpone the payment deadline. You end up incurring interest and even penalties if you wait to make a payment.

The Internal Revenue Service gives you the option of requesting a six-month extension — and you can file for a second one lasting two months (three different exceptions apply, but details on them come later in the article).

The agency automatically approves all requests for extensions — as long as you follow the rules for doing so.Make the request by filling out Form 4868 by the filing deadline: April 15 for the first one and October 15 for the second extension. You can submit the form electronically or by mail.

Obviously, you won’t know how much you owe or are owed as a refund until you file that return, but if you wait to pay until October 15, the agency may charge you six months’ worth of interest on the amount you are owed, plus possible penalties. Get another postponement until December 15 and you incur eight months of interest.

So if you are considering filing for an extension because you can’t afford to pay the taxes right away, there’s a more cost effective way to handle the situation.

File your return on time, and include a payment for as much as you can afford — even if it’s only a nominal amount, like a dollar — and request a payment plan — the agency actually has several such options available — that will allow you to make monthly payments until the amount is fully paid.

This tactic can spare you from having to pay penalties and also reduces the amount of interest the IRS will charge you.

As alluded to above, the IRS also grants some automatic extensions people who don’t ask for it in three different circumstances:

Speaking of businesses, things work a little differently for those filing tax returns on a behalf of a business. If you want an extension for a business filing, fill out IRS form 7004, and the agency will allow you to postpone the return by five or six months.

If you anticipate that the business will report a net loss for the year, complete form 1138 instead of 7004, and the deadline for payment of taxes gets extended until the end of the month in which the taxes are usually due.

Just like the form for individual tax return extensions, both form 7004 and 1138 can be filed either by postal mail or electronically. Similarly, you still incur interest on any amount due if you submit a payment after the deadline.

Before You Postpone Your Taxes…

Don’t forget to request an extension, because you don’t automatically get one if you file late. So if you just skip filing a return and postpone paying your taxes, you may incur a stiffer penalty and interest whenever you get around to finally filing and paying.

In fact, you might receive a letter from the IRS telling you how much you owe and offering you the chance to file a late return — and if you disagree with the amount, you have to provide documentation proving otherwise.

Even if you just pay the amount without disputing anything, that doesn’t necessarily get you off the hook: The agency may give closer scrutiny to your future tax returns, possibly even increasing the chance that you might undergo an audit. While neither of these outcomes is necessarily a bad thing, it simply complicates matters for you in the future.

Speaking of which, putting off payments indefinitely eventually gets really costly. Eventually if your unpaid IRS debt reaches $50,000, the IRS has the power to revoke your passport. Don’t let it get to that point.

If you work with an accountant on your taxes, he or she can advise you on the best course of action, including situations that might merit getting an extension or asking for a payment plan.

Readers, can you share in the comments section any experiences you might have had with either requesting an extension on filing a tax return or going on a payment plan? And have you filed your taxes for the latest deadline yet?