"Another way to solve the traffic problems of this country is to pass a law that only paid-for cars be allowed to use the highways. " - Will Rogers 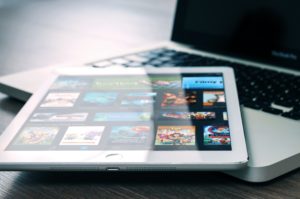 The Walt Disney Company released more details for Disney Plus. The streaming service is offering a bundle with ESPN+ and Hulu for $12.99. For consumers that are fed up with the increasing number of streaming services, this may present a needed reprieve. They will be able to watch all of Disney’s content, plus sports and popular television shows.

Disney Plus is a streaming program set to launch November 12, 2019. It will host the Disney catalog, including Marvel, Star Wars, Pixar, Fox, theatrical releases, and television series, and other original content. Perhaps, the most impressive is that the stated price is $6.99 per month.

It will offer all 30 seasons of “The Simpsons” and movies such as “The Sound of Music.” It will also stream “Captain Marvel” this year and “Frozen 2” next year after its release. There may even be a “Home Alone” reboot. It is assumed that all of the previously released and classic Disney movies will be available on the first day.

Some are calling it the “Netflix Killer” since it will remove all of the Disney-owned programs from Netflix. However, it is likely that consumers will use both services since Disney Plus’ initial price is so low, and Netflix’s catalog is so vast. An executive for Netflix stated that the most-watched shows are original content. Disney Plus and its projected success do not threaten him, and he plans to subscribe. 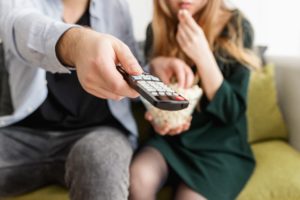 Apple also announced it’s video-on-demand service earlier this year. It increases the existing Apple TV service. Unlike Disney, Apple hasn’t provided much detail as far as the launch date or the introductory price of the service. What is known is that the service will be available in the fall and on more than just Apple products. Newer Samsung models will be able to use the service when it’s launched this year. Other Android phones will be able to use the service after that, all via the Apple TV application.

Many believe that Disney’s low price will set the bar for Apple vice Netflix. Netflix’s most subscribed plan is $12.99, but it has the history and the catalog to support that pricing. Apple will be licensing the majority of its offering while creating original content. The licensing fees may drive the cost of the service higher than Disney’s $6.99 but may not justify $12.99. We will have to wait and see.

Additional streaming services, such as Amazon Prime and HBO Go, may fill any television and movie gaps. However, those premium services are pricier and may not be worth it. Most users have cut the cord and use streaming to replace cable television. Too many services will raise costs and decrease the value.

Disney stock passed $140 per share on Tuesday but had settled around $138 at the end of the week. Netflix stock has been steadily decreasing since it missed it reported that it fell short of its subscription forecast last month. It has dropped over $60 per share, from $373 to $308, in a month. Apple stock dived on Monday to $193 but recovered to $200 at the end of the week.

Is the New Disney Streaming Service Worth the Money?

Cord Cutting: How to Save Money on TV

Keep Your Money in Your Wallet: How to Save Money on Cable and Other Entertainment Costs