"It is through creating, not possessing, that life is revealed." - Vida D. Scudder 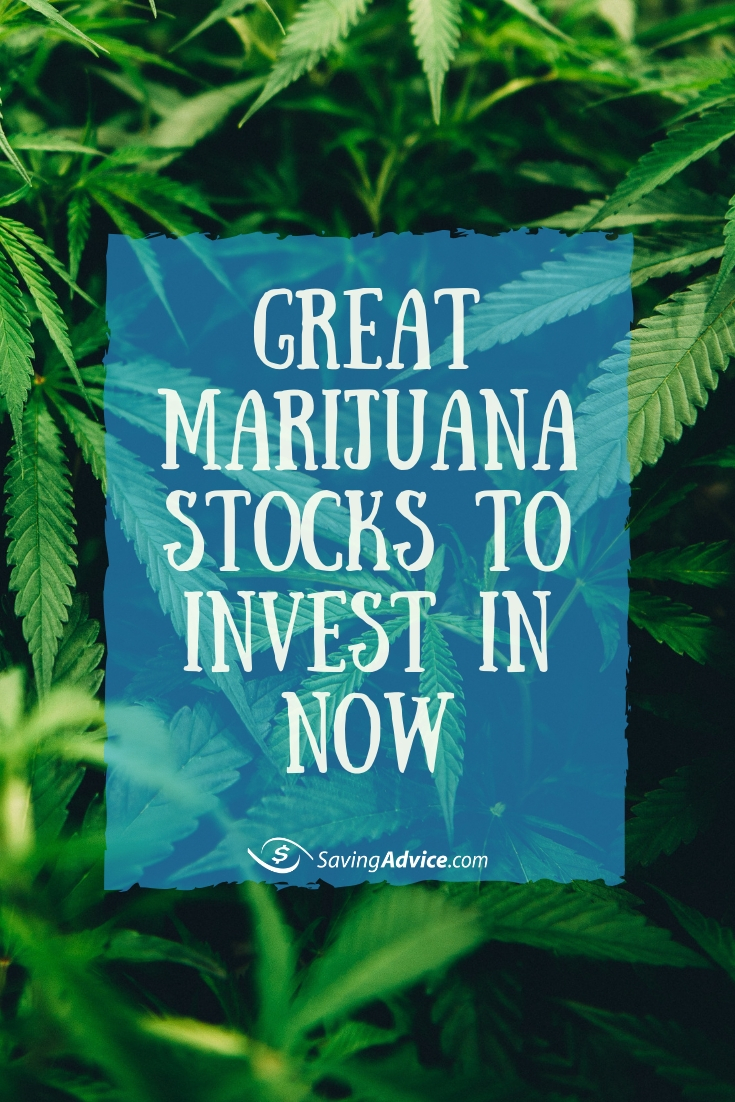 As more states embrace recreational and medicinal marijuana, the once taboo industry is taking the investing world by storm. One estimate suggests the US marijuana industry could reach a value of $25 billion by 2020. With this significant growth potential, marijuana stocks may be of interest to investors.

The legal cannabis sector is already worth $6.7 billion in the US alone. It’s worth another $8 billion in Canada.

However, not every marijuana stock is performing as well as others. If you’re considering taking the leap and investing in marijuana stocks, here are a few worth exploring now.

When it comes to professional management companies serving the cannabis industry, MariMed is a leader. Additionally, the company markets a variety of cannabis products. Their offerings  include Nature’s Heritage, Kalm Con, and Betty’s Eddies.

Over the course of 2018, MariMed’s stock soared by over 240 percent. This was largely based on their Q1 earnings report. Revenue hit the $2 million mark, an 81 percent increase year-over-year.

This year, iAnthus shares rose by 150 percent. After acquiring GrowHealthy Holdings in January, their stock prices surged. The primarily surged because they expanded their operations into Florida. In early April, they acquired Pilgrim Rock, which was based in Massachusetts.

The growing Massachusetts market will help iAnthus, but their locations in Florida and New York also leave them well-positioned since the states have only a limited number of licenses.

A Canadian marijuana stock, Canopy Growth is the largest grower in Canada and, in regards to market cap, the biggest marijuana stock in the world. Year-to-date, Canopy is up 24 percent, even though the price fluctuated until the end of April.

In May, the company became the first marijuana stock on the New York Stock Exchange (NYSE). Now that recreational marijuana has been legalized in Canada, only the second nation to do so, Canopy is likely to see a surge in their stock prices. Recreational sales could begin as early as September, making now a great time to consider investing in the company.

They are also a big player in the global medicinal marijuana market, which could help them achieve additional gains. Further, a deal with Constellation Brands, an alcoholic beverage maker, that could lead to cannabis-infused drinks helps differentiate the company from the pack.

Unlike the other marijuana stocks on the list, Aphria has struggled a bit this year. However, this Canadian company could benefit from the legalization of recreational marijuana in Canada, giving it a chance to experience significant growth.

Additionally, the company has a robust retail distribution network thanks to a deal with Southern Glazer’s. Aphria also targets the global medical marijuana market, which expands the companies reach and objectives, and has a relationship with Liberty Health Sciences, something that could help them penetrate the US market.

A medicinal marijuana cultivator based in Toronto, Cronos Group became the first marijuana stock on the NASDAQ. The company serves an international market, including Canada and Germany. They also have a facility under construction in Israel and have a license in Australia through a joint venture.

Though Cronos Group doesn’t have a US presence yet, their revenue is respectable. Additionally, if the American market settles over time, they may venture into the country.

If you are interested in marijuana stocks but hesitant to pick a company that is based mainly on the plants, GW Pharmaceuticals may be a happy medium. The company has an FDA-approved drug. The drug uses an active ingredient from cannabis, which is the first of its kind.

The medication, Epidiolex, is a treatment for seizures for two forms of epilepsy, Dravet syndrome and Lennox-Gastaut Syndrome.

In the end, it provides an alternative approach for those who may want to invest in a marijuana-style product without the same risks that come with changing regulations.

If the idea of directly being involved in cannabis makes you nervous, then investing in Scotts Miracle-Gro might be a better option. It’s considered ancillary to marijuana stocks. The company has made a substantial connection through its hydroponics products. They even went as far as to acquire Sunlight Supply Inc. This purchase gave them a significant foothold in the hydroponics world.

Effectively, investing in Scotts Miracle-Gro gives you the ability to indirectly invest in the cannabis industry. Buy this stock without actually investing in marijuana.

A cannabis-focused agriculture company, Terra Tech features two divisions: Cannabis Dispensary, Cultivation, and Production; and Herbs and Produce Products. The cannabis-oriented segment includes medical marijuana retail locations as well as products for adult use under the Blüm brand. They have a presence in California and Nevada, including a headquarters in Irvine, California.

The Herbs and Produce Products section focuses outside of the cannabis industry, making the company somewhat diverse automatically. This includes produce, floral, and hydroponic herb offerings.

Terra Tech has a market cap of approximately $127.5 million.

The company also collaborates on scientific endeavors with Anandia Laboratories and the University of Virginia, including on the development of hemp strains.

Currently, 22nd Century Group has a market cap near $316.8 million.

Unlike many marijuana-oriented companies, Cannabis Sativa focuses on the external use of cannabinoids and THC. The company produces a range of skin care products, sold in the US and internationally, including those featuring cannabinoid and THC infusions for pain relief.

The company also produces other products, such as fashion t-shirts and coffee mugs, through wildearthnaturals.com. Additionally, they operate an online informational portal to help patients find information on dispensaries, marijuana strains, and products, as well as a telemedicine platform to connect patients with physicians to access knowledge about medical marijuana.

Are Marijuana Stocks a Safe Bet?

Political & Regulatory Risk. The cannabis industry is often discussed negatively by policymakers. Even though American citizens mostly support legalization. This can create a certain level of volatility.  Shifting regulations can help or harm the sector, depending on the intention of the legislation.   Comments by Attorney General Jeff Sessions exemplify this.

In addition, much of the banking and regulatory infrastructure required for a mature industry is not in place for marijuana.  Since marijuana is illegal in some states, but not others, many banks are unwilling to work with marijuana companies.

Growth & Market Pressure. Additionally, many marijuana companies are relatively small. For example, MariMed’s market cap is around $490 million.  iAnthus’ is approximately $340 million. Even Canopy comes in with a market cap of $6 billion. Their 12-months sales only cross over $52 million.  This suggests that as a class of investments, they may less able to grow profits n the face of market pressure.  This is particularly a problem in the event that an oversupply of marijuana occurs.

Volatility. Furthermore, many marijuana stocks are already trading at high multiples of earnings. This means any future gains may not be as dramatic. Also, fluctuations will likely occur at various points due to higher political risk profiles combined with market fluctuation.

If you are comfortable taking on some level of risk, then marijuana stocks may be right for you. However, if the idea of dramatic fluctuations and shifting regulations give you pause, you may be more comfortable investing elsewhere.

Looking for more great investment articles? Here are a few to get you started: