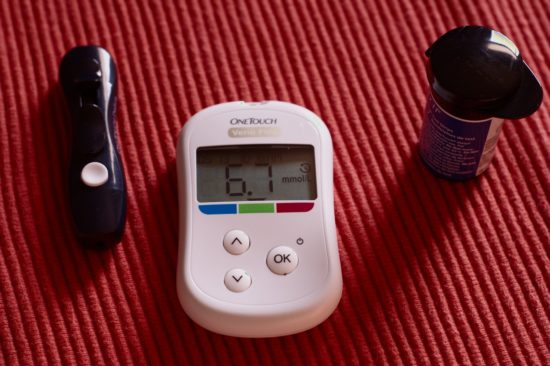 A low-carbohydrate diet can help certain diabetes sufferers control their insulin levels, according to a study published by the American Academy of Pediatrics.

This finding was only for type 1 diabetes patients who had been diagnosed between the ages of 14 and 16 years of age.

Both can lead to high blood sugar levels and other complications often associated with diabetes.

If diabetes isn’t controlled, it can cause frequent urination and thirst, constant hunger, fatigue, blurry vision, and trouble healing.

For the most part, patients with diabetes manage their blood sugar levels with daily and insulin shots.

Because type 1 diabetes is usually hereditary, it had been difficult to find anything outside of daily insulin shots for people with the condition — until now.

This discovery was based on studying more than 300 individuals with type 1 diabetes who followed a very low-carb diet for two to four years.

The researchers found that patients who adhered to a very low-carb diet didn’t need to take as much insulin supplementation throughout the day than they otherwise would have required.

The ability to manage blood sugar levels through diet has the potential to save a lot of money: the more than 29 million people in the U.S. who have diabetes cost the economy nearly $327 billion annually.

As with any diet, you’ll want to contact your doctor before cutting yourself down to less than 30 grams of carbs per day.

Changing your diet that drastically can cause nutrient deficiencies and result in such symptoms such as fatigue, headache and confusion.

No matter what potential risks there may be, switching to a low-carb or very low-carb diet could help a number of people relieve health issues.

For many people, simply cutting out sugary drinks and pasta is enough to make a difference.

Readers, what’s your current diet like — and have you thought about lowering your intake of carbohydrates?