Volatile market got you down? Remember not to trade on emotion.

Before you lift that trigger finger, just stop. Have a seat. Or stay where you are. Don’t make any sudden moves.

Even if you have an account at a robo-advisor, you’re probably not being moved anywhere (yet). Because even the robos (as they’re called) only make moves that reflect larger trends. Even the one type of retail brokerage that purportedly moves as fast as professional investors actually don’t go traipsing around in a volatile market.

Volatile Market, Not a Correction

It’s too early to call anything a correction — that’s a 10% drop — but numerous market experts had been expecting a drawdown of such scope to occur in the second half of the year, or even early next year.

However, market conditions of any kind now undergo amplification due to the prevalence of algorithmic trading. This is just a fancy way of saying that computer programs are moving professional investores around faster than retail moves.

Algorithmic trading has caused numerous flash crashes since 2008 and some believe the markets just experienced another one at the tail end of the stock market session on Monday.

Like the term sounds like it might mean, a flash crash is a very rapid and temporary pulldown in the market that’s entirely powered by algorithmic trading. And what sets it off — well, it has the appearance of having no trigger or cause, unlike other types of stock selloffs.

If anything, it might be an exaggeration — or maybe it’s just too soon — to declare what happened Monday to be a flash crash. An actual flash crash usually involves trades being initiated and then quickly withdrawn (To learn more about how this has actually occurred in the past, read Flash Boys by Michael Lewis).

The likelihood of a flash crash may increase during a volatile market, which you might consider yet another good reason not to make any sudden moves when things are this choppy.

The Pros Are Too Quick 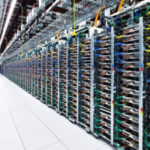 Professional traders have gotten so competitive they can outmaneuver retail investors (for a fuller explanation of this phenomenon, refer to Flash Boys, as mentioned above) in a volatile market — actually, under all market conditions.

It’s very possible that the massive rebound on Tuesday, the day following the supposed flash crash, was what professional traders like to call a dead cat bounce — a temporary rebound during a downward trending market.

But even that is difficult to call yet. The underlying conditions that preceded the beginning of selloff that started on January 29 might still be exerting pressure on the markets.

What Started It All

People are calling the strong jobs report of Friday, January 27 the cause of the downward trend. Another important factor that hasn’t gotten as much ink is the possibility of the federal deficit potentially climbing further than what had originally been forecast in the discussions of the Tax Cuts and Jobs Act.

Proposals to increase defense spending that were announced on Monday, January 29 appear to have given the downward trading some momentum. Similarly, announcements of proposals to postpone the age of retirement — for the purpose of collecting Social Security benefits — from 67 to 69 also appears to be adding additional downward pressure.

Proposed elimination of Medicare, after it had already had $25 billion cut from it, appears not to have satisfied concerns about whether the federal deficit will climb too high.

While Republicans have also proposed raising the debt ceiling, the last time Congress had mulled an increase in borrowing, back in the summer of 2011, the debt rating agencies threatened to lower the U.S.’ sovereign rating if that occurred. Long story short, things never got to that point, but the market did go down enough for a correction. But during that time, boy was there a volatile market.

Whether lawmakers today remember that lesson enough to pull back on all proposals that might increase the deficit to the point that the rating agencies get involved — that remains to be seen. There’s also the odd chance that the threat of the U.S. sovereign debt rating downgrade might carry the same kind of weight as before (too long of a digression would be required to explain that one).

Until an alternative solution to the debt ceiling emerges, it’s quite possible the markets could continue trending downward — or we will see a lot more volatile market conditions to come — including at least one more dead cat bounce.

Readers, what concerns do you have about the state of your finances under current economic conditions?