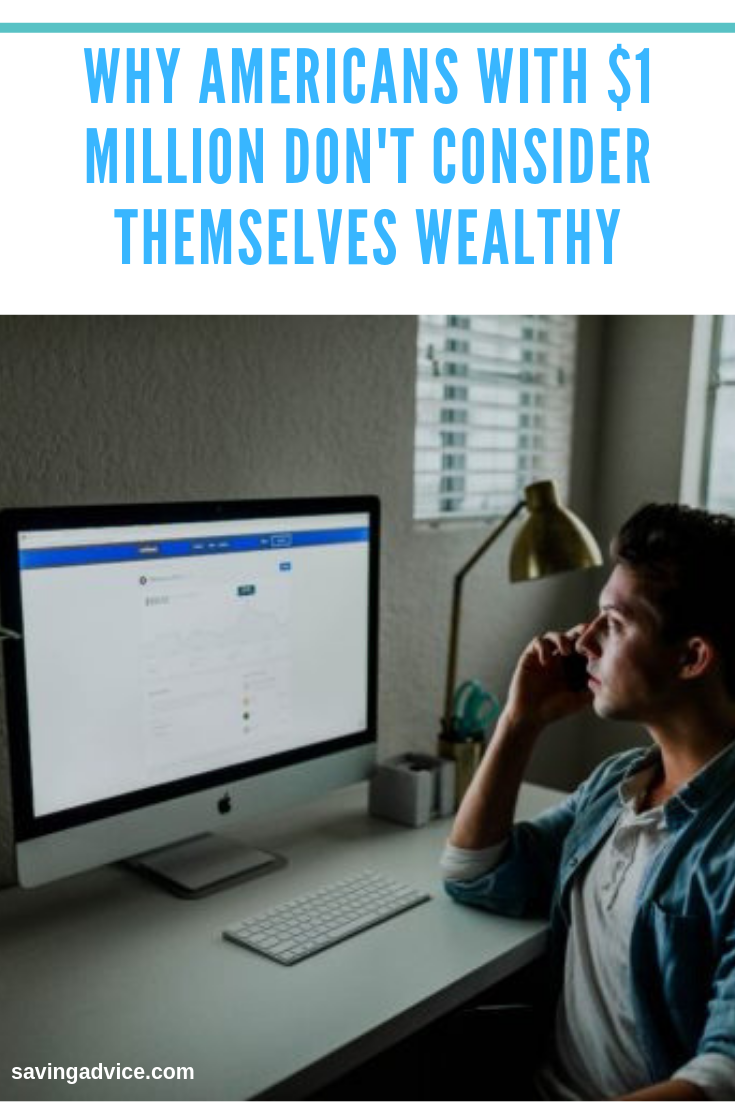 Most of us would feel rich if we had $1 million. However, most Americans don’t feel the same about being a “millionaire” anymore. In fact, according to a recent study, most people that have $1 million don’t consider themselves wealthy at all.

Additionally, 25 percent of those individuals define themselves as middle class, another 60 percent claim to be part of the upper-middle class. For most people, $1 million isn’t enough to quit their job and have true financial freedom.

The biggest reason people don’t consider themselves to be wealthy is retirement. People don’t want to run out of money in retirement. With Social Security becoming more uncertain, many people have to save and invest in their own retirement. Many of them are concerned they won’t have enough to live out their golden years.

All millionaires, no matter where they stand on the spectrum, have expressed concern about preparing for retirement and protecting their assets.

“If people are relying on the nest egg they have accumulated for the lions share of their retirement savings, the number may not feel as big,” said Marcy Keckler, vice president of financial advice strategy at Ameriprise. “There’s also a tax bill on your 401(k) and IRA out there looming for you.”

When it boils down to it, those who don’t feel like they are wealth with that amount of cash are correct. You can’t retire (in many cases) on $1 million, or even $5 million. There are some interesting findings when it comes to who actually feels wealthy too…

Millionaires who claim to feel upper class or less are also half as likely to be self-employed (or a contracted employee). It is also notable that many millionaires who felt they were wealthy didn’t value work-life balance as much as those who felt less than rich. Those who feel wealthy are also more likely to seek out work that has meaning.

One of the bottom lines where wealth is concerned is most people are lacking sufficient planning. Seventy percent of the individuals who feel wealthy have a detailed plan regarding their finances. Only 55 percent of millionaires who defined themselves as the upper-middle class (or less) had a plan.

Readers, what do you think? Would $1 million make you feel wealthy?