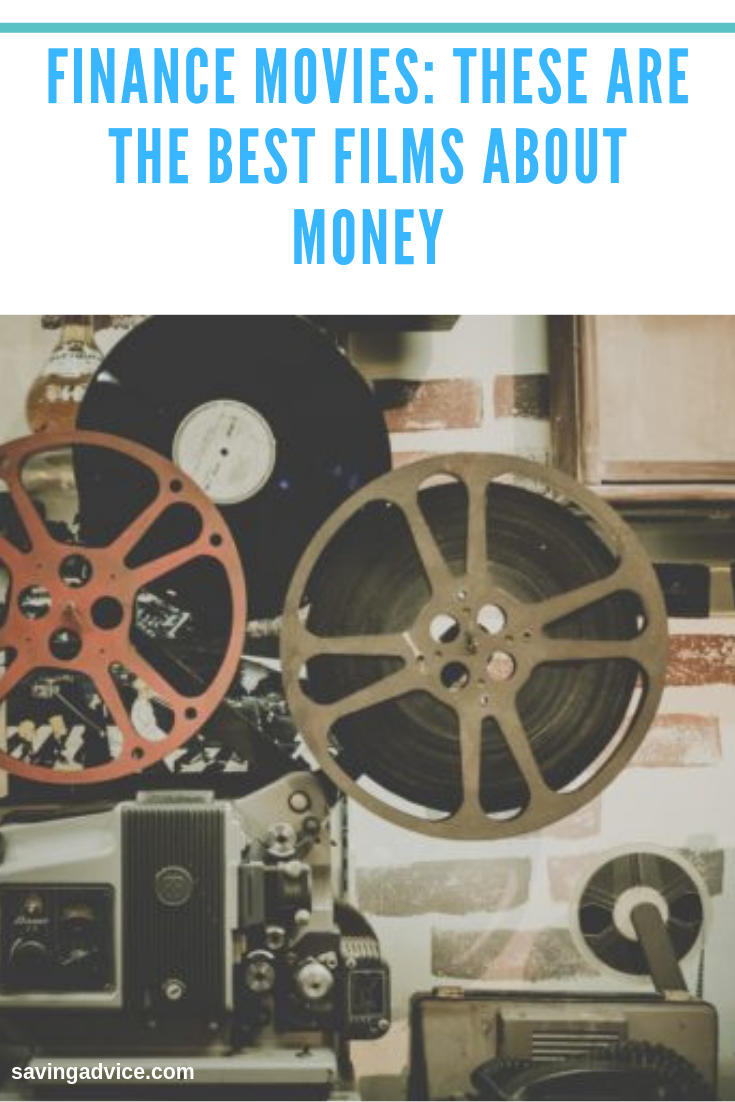 Mostly I like to watch documentary films to learn about everything from money to relationships. However, fictional films that are well-researched can also provide a terrific education. There are some great movies about money. Some of them are dramatic. You definitely have to take them with a grain of salt as far as financial education goes. But they’re well worth watching for both entertainment and information. Here are some of the best finance movies to check out.

1. The Wolf of Wall Street

It may be a few years old now, but this is one of my favorite movies about money. The acting and directing are stellar, so it’s enjoyable to watch even without the financial education. But I actually learned a lot about money from this film. It’s the true story of Jordan Belfort, a door-to-door salesman who got into penny stocks and ended up making a fortune on Wall Street. However, he let greed and power get the best of him, committing fraud and various other crimes, and ended up in prison. This is one of those movies about money that perfectly highlights how it’s all too easy to get wrapped up in the chase for the rich life. It’s a good warning to anyone about focusing too much on investing and wealth.

Wall Street Insanity highlights several things we can learn from Wolf of Street, including:

Of course, there are quite a few other films about Wall Street. Many of them offer these same messages. And some of them are quite good movies about money. For example, check out the 1980’s movie simply titled Wall Street. Then follow up with the 2019 sequel to that film Wall Street: Money Never Sleeps. Both films reveal more about the dark side of investment banking. They show that there are pros and cons to risk-taking, of course, and you need to think carefully about the consequences of financial risks. That’s not to say that you shouldn’t take them, just that you should do so with a plan in mind.

There are several other great films that have similar themes. I won’t list them all but if it’s a theme that you love then be sure to check out Boiler Room, Limitless, and Glengarry Glen Ross.

This film is set during just before The Great Recession. It’s a dramedy featuring intertwining stories about investors and the choices that they made related to subprime mortgages during this particularly tricky time in recent US history. This is one of the best movies about money because it actually does a fairly good job of defining some complicated financial terms for the audience. Various characters speak directly to the camera to illuminate what went wrong financially and educate viewers about mortgage investments.

Inc.com notes that the biggest takeaway from this film is to get smart before you invest your money, even in a home mortgage. Do your research. Don’t just trust what someone else is telling you. Read and understand every document that you sign. The film shows us what happens when you don’t.

There are actually a lot of movies about money that are set around the time of the 2008 financial crisis. This is another of those films. This one is interesting because the film spans only 24 hours. It follows a day in an investment bank at this time.

The name of the film speaks to something you can learn about money. An investor has a margin account filled with borrowed money. When that account falls below the required amount by the broker, the broker can demand that the investor put extra money in there. That demand is a margin call.

VICE News aptly describes what this can lead to financially, and what the crux of the movie is about:

“Should they hold on and try to mitigate the damage, or sell all of the bad assets before the market learns of their worthlessness?”

VICE highlights a number of financial tips we can glean from this film, not the least of which is the understanding that if you borrow money for investments, then you could end up in very hot water.

I’m not typically a fan of Will Smith movies, but I like this one. And if you look up lists like this one with movies about money that can really teach you something, then you’ll almost certainly find this one on the list. It shows up everywhere. That’s because it’s a heartwarming movie about a dad who wants to provide for his kid and works hard to figure out how to do so. It’s based on the true story of a man who was homeless for a time but persevered. Ultimately, he begins working at an investment firm, and he ends up financially successful. It’s a story about how money isn’t everything, but it’s important, and how working hard through the most challenging times with an eye on the prize and hope in your heart can help you figure out how to do more than just make ends meet.

Thinking about the lessons from Pursuit of Happyness made me think about this film. Of course, it’s a movie about money; it’s most memorable line is “show me the money!” Maguire is a sports agent who is very successful but eventually realizes that he’s begun to care about profits at the expense of caring about people. He quits and decides to start his own agency. It’s a love story and a comedy, but it’s also another movie that reminds us that earning money can align with the rest of our values in life.

This is a 1980s comedy that takes a completely different slant from any other movies about money that I’ve ever seen. The idea is that the person has to spend $30 million in 30 days. He discovers that it’s actually pretty hard to spend that much money. Moreover, spending like that is draining and frustrating. It’s not necessarily joyful. In a world of rampant consumerism, when it can feel like we never have enough to spend on what we need, it’s interesting to think about how hard it can be actually to spend money. It’s one of those films that at first glance just seems silly but can really get you thinking about finances in a completely new way.

Some of my favorite movies about money are the ones that have nothing to do with a life I will ever lead. Even though they don’t teach me financial lessons that apply to my own life, they open my eyes to different aspects of money in the larger world around me. Molly’s Game is one of those movies. It’s the based-on-a-true-story drama of a woman runs underground poker games. To think about money on that level – the amounts, the stakes, the risks, the world around that money – is all just hard to imagine. But some people deal with money this way every day.