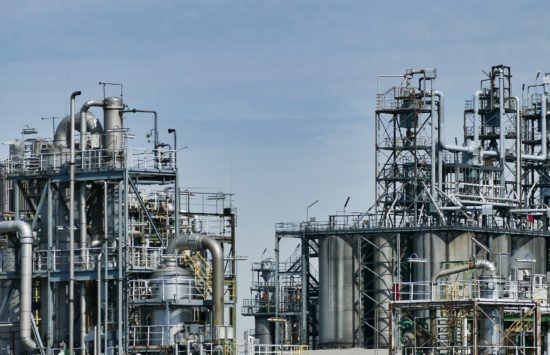 Gas prices typically rise during the summer months because more people are traveling for vacation and visiting family. However, prices are projected to be even higher than usual after an explosion at Philadelphia Energy Solutions. Following the incident, the oil refinery has announced it plans to permanently close down.

Philadelphia Energy Solutions (PES) is the largest east coast refinery and is now seeking to permanently shut down after a massive fire last week. While there were only minor injuries, the explosion and subsequent fire caused significant damage to the plant. PES is looking to file a notice of intent, which will begin the process of closing the oldest (and largest) refinery on the East Coast.

The plant exploded in flames early Friday morning. Explosions from the 335,000 barrel-per-day refinery could be heard from miles away. If the hydrofluoric acid contained in the plant caught fire, it could have created a vapor cloud, similar to a nuclear bomb, that would damage the eyes, lungs, and skin of residents in surrounding areas. Fire officials say it started in a butane vat around 4 a.m. but it is still unknown as to what caused the explosion.

Because such a significant portion of the plant is damaged, making it “impossible” to continue operations, PES is seeking to close. This will result in hundreds of jobs being lost. Not to mention, most of us will see an increase in gasoline prices.

“Today, Philadelphia Energy Solutions made the difficult decision to commence shutdown of the refining complex. While our teams include some of the most talented people in the industry, the recent fire at the refinery complex has made it impossible for us to continue operations,” CEO Mark Smith stated.

Cost-Cutting May Be The Root of the Problem

PES has not yet filed or begun closing down, so plans could still change. The company does expect to begin laying off about 700 union workers soon though. These layoffs may include half of the union workforce. The remainder of the staff will remain at the plant until the explosion investigation is completed.

Before the explosion, the plant was suffering financially. Worker benefits had been cut and many capital projects were scaled down dramatically. Last year, PES went through bankruptcy to reduce the company’s overall debt. Unfortunately, cash within the business still remained low. There has been speculation that cost-cutting within the company may have left the plant vulnerable to an accident like this. On top of that, the Department of Environmental Protection expressed concerns regarding the integrity of storage tanks at the plant.

In fact, last week’s incident is the second within two weeks at PES. Now investigators are looking into the cause. Investigations are moving slowly though because they are dealing with unstable structures that must be cleared by an engineer before entering. It could take months, and possibly even years, to get answers.

How This May Impact Gas Prices

Drivers on the East Coast can expect to see gas prices rise, and they already have. On Wednesday, gasoline futures rose 5.4 percent ($1.9787 per gallon). That is the highest its been since May 23. Overall, gasoline futures are up 8.9 percent since end-of-day Thursday before the PES incident.

The latest increase has pushed the United States gas prices above both Asian and European markets, making it more likely for gasoline to be imported from these regions.

“While it is too early to know how much prices could increase and for how long, motorists in the region will likely continue to see a fluctuation in pump prices — especially leading up to the busy Fourth of July travel period,” AAA spokeswoman Jenifer Moore said in a statement.