"Lack of money is no obstacle. Lack of an idea is an obstacle." - Ken Hakuta 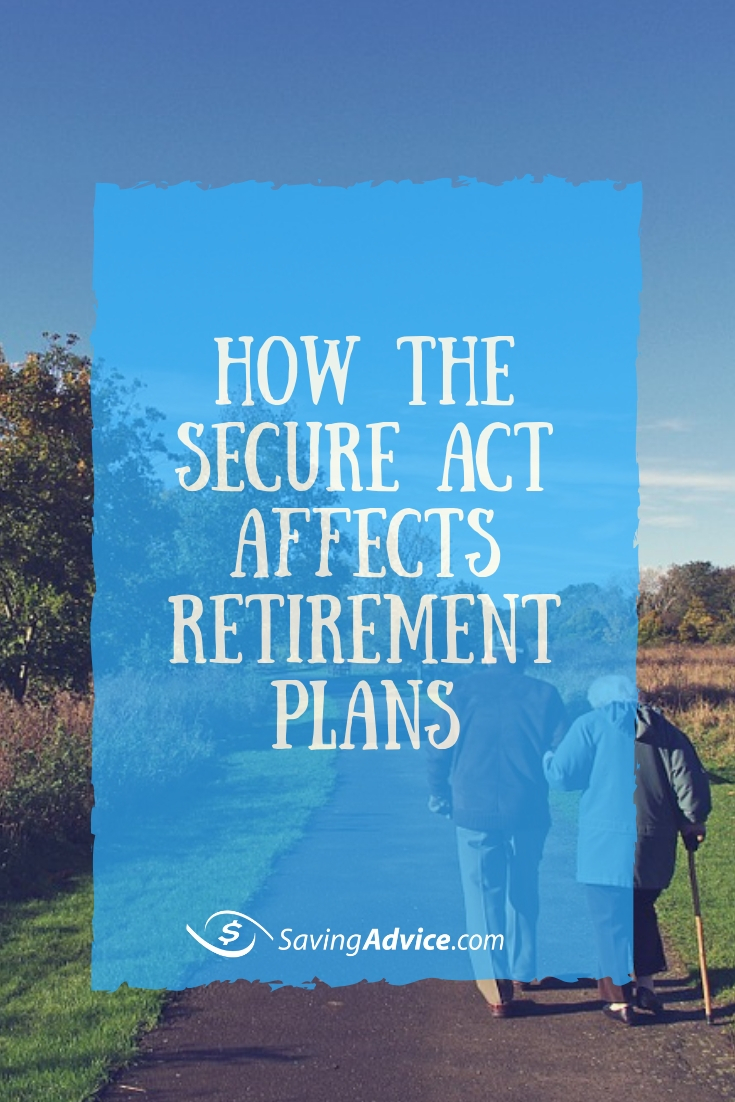 The Secure Act recently passed unanimously through the House Ways and Means Committee. It is a small bill in some ways. Nevertheless, it represents the biggest change to private retirement plans that we’ve seen in quite some time. More and more people are reaching retirement age without adequate savings, so it’s important that we take steps like these.

What is the SECURE Act?

The Secure Act is a bill that recently passed through the House Ways and Means Committee. SECURE is actually an acronym. It stands for the Setting Every Community Up for Retirement Enhancement Act of 2019. It’s also known as H.R. 1994.

The primary aim of the bill is to make it easier for people to sign up for 401(k) retirement plans. In particular, it helps ease the difficulty of those working for small businesses to access this crucial component for security in retirement.

If you work for a small business then you might not currently have access to a good 401(k) plan through your employer. The Secure Act should change that. It has three key components to that end:

More than anything else, the Secure Act encourages small businesses to offer 401(k) benefits to their employees. Of course, people can get social security after retirement, but it’s not enough to support the average person. Therefore, we each need to have other retirement savings plans. The 401(k) is the most popular of those plans. However, small businesses often don’t offer those benefits. A series of details in the Secure Act should entice small businesses to change that around. Moreover, there are provisions that will make it easier for employees to understand and harness the benefits of these plans.

In order to further motivate small businesses to make those changes, the Secure Act has a built-in incentive.  Any small business that creates a 401(k) plan or begins offering automatic enrollment for one may qualify for a brand new tax credit. They’ll get $500 back just for creating that plan, a credit that applies for three years.

Of course, like many bills, this one has a carrot and a stick. Hopefully, small businesses will be inspired by the tax incentives to offer 401(k) plans to employees. However, in case they aren’t, some specific new rules are in place. The big one is that any small business that has part-time workers who are long-time employees much allow them to participate in the 401(k) plans that they set up. This is a protection for part-time workers who need retirement income as much as, if not more than, full-time employees.

Will the Secure Act Help You in Your Retirement?

Ultimately, you are responsible for your own retirement savings. If you don’t have a private retirement savings plan, then you should remedy that as quickly as possible. For some people, that’s just a matter of ease of access. Those are the people who will benefit most from the Secure Act. People who are already saving for retirement through 401(k) plans or other means will not likely see any change as a result of this bill. However, those people on the margins, particularly long-term part-time employees, can definitely benefit from what this bill has to offer.

That said, some of the provisions in the bill could benefit anyone interested in saving for retirement through 401(k) plans. Such details include:

2 Other Things the Secure Act Does

The thrust of this new bill is all about what it does to help small business employees save for retirement through 401(k) plans. However, there are a couple of extra things in the bill as well. After all, the 401(k) might be the most popular retirement savings plan, but it’s not the only one. Here are two more things that the new bill does:

The IRA is another popular retirement plan. The bill has two components that affect it:

In addition to working longer, people are living longer. They need that retirement money into their 80s, 90s, and even past age 100. Therefore, these small changes can actually make a big impact for some retirees.

The 529 savings plan isn’t for retirement per se. Instead, it’s tax-friendly savings account for future education costs. If you have children, you should set one up. Oftentimes, parents are looking towards retirement as their kids reach college age, so it does help ease the mind around retirement in that way. In any case, the new expansions from this bill will help some people reap more benefit from 529 savings plans.

Previously, the money in those savings accounts had to be used for college costs. However, the new bill changes that. For one thing, it allows the money to be used for homeschooling and apprenticeships. Perhaps even more powerfully, it allows the money to go towards paying off student loans. With student loan debt so incredibly high these days, that can mean a big change. Therefore, the Secure Act gives parents more reason to start setting aside money in those savings plans.

What’s Next for the Secure Act?

This act passed a critical committee in the House. It goes to the full House floor in May. The bill has a good chance of full Congress approval.