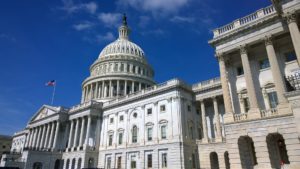 In essence, the Dodd-Frank reform bill is an overhaul of the version that passed in 2010. Certain provisions in the original remain in full effect, but there have been some adjustments and eliminations.

Both versions of the Dodd-Frank act focus on banking regulations. The first was a response to the financial crisis that rocked the U.S. economy back in 2008. It focused on a variety of issues, including the risky mortgages that led to a larger crash. It also focused on points relating to financial institutions deemed too big to fail.

The Dodd-Frank Reform 2018 legislation is an easing of many of the rules featured in the original bill. However, they aren’t universally applied. Small to mid-size lenders will benefit from the changes. Some of the country’s largest institutions will still be subject to the original regulations.

With the new law, a “small bank” is a financial institution with less than $250 billion in assets. Banks of this size were considered too big to fail in the original Dodd-Frank Act, which set the line at $10 billion. That is no longer the case.

Other adjustments were also part of the package, some of which may benefit consumers.

One provision in the bill could make it easier to secure a mortgage from community banks or credit unions. Previously, small financial institutions had to follow federal underwriting requirements in exchange for certain protections. For example, mortgage payments could not exceed 43 percent of a borrower’s income. Otherwise, it wouldn’t count as a “Qualified Mortgage,” under federal guidelines.

The reforms aren’t as stringent. Smaller banks and credit unions will have protection even if the qualified mortgage condition isn’t met, as long as the financial institution keeps the mortgage as part of their portfolio. Meaning, they can’t sell it to investors, then they can exceed the 43 percent threshold.

By giving small banks that flexibility, it may be easier for lower-income households to finance a home purchase. However, there is no guarantee smaller banks and credit unions will actually increase the amount they lend to borrowers. It isn’t a requirement. This merely gives them an option to lend that wasn’t on the table previously. Some institutions may choose not to exercise that right.

Private student loans acquired 180 days or more after the reform bill’s passage are subject to new rules that can be beneficial to consumers. First, lenders cannot declare default or accelerate any repayment terms in cases where a co-signer dies or declares bankruptcy. This provides a level of protection to the primary borrower, ensuring that such events don’t automatically impact them in a negative way.

Second, the Dodd-Frank Reform 2018 Act requires private student loan lenders to release cosigners from any remaining debt should the primary borrower die. This makes becoming a cosigner a bit safer, as previous rules did not prohibit the attempt to secure repayment.

Removing a private student loan default from your credit report is also simpler. If your lender offers a rehabilitation program for a loan in default that includes regular, consistent payments on the owed amount, you could request the removal of the negative remark on your report.

A portion of the reform act that went into effect on September 21, 2018, now allows consumers to freeze their credit reports for free. Previously, credit bureaus could charge, typically between $3 and $10, except under specific circumstances.

Additionally, unfreezing your credit report is also a no-cost service. This includes both permanent and temporary unfreezing, giving consumers the ability to prevent identity theft without any undue hardship should they apply for new forms of credit in the future.

The issue of charging for credit freezes became a hot topic after the Equifax breach in 2017. During the cyber attack, personal information on approximately 148 million consumers was compromised, including their names, Social Security numbers, birthdates, and addresses.

When people flocked to credit bureau sites to freeze their reports as a means of protecting themselves, it usually came with a price, potentially one from each bureau. This led legislators to call for a change, and it was included in the Dodd-Frank Reform 2018 Act.

Will There Be More Reforms in the Future?

There were changes to the regulations, and certain other provisions may certainly be targets in the future. This means that other portions of the original legislation may undoubtedly be subject to change over time. There is often a battle in determining an appropriate level of regulation, and various economic conditions and events can affect legislators’ overall perspective.

The crux of making changes to such legislation usually involves finding a balance between consumer protections, sheltering the economy from a financial crisis, and still allowing banks and borrowers to thrive. Changes to financial regulations often result in an adjustment to the restrictions on these institutions, either making lending requirements more or less stringent, or impacting the cost and profitability of operating a business in the sector.

Determining an ideal point is nearly impossible, as economic conditions and risks shift near continuously. Whether future legislative efforts will target the original Dodd-Frank Act or will work outside of it is somewhat unknown. However, you can practically count on changes occurring semi-regularly as legislators try to achieve their version of a perfect balance.

Do you view the new banking law as beneficial? Let us know in the comments below.