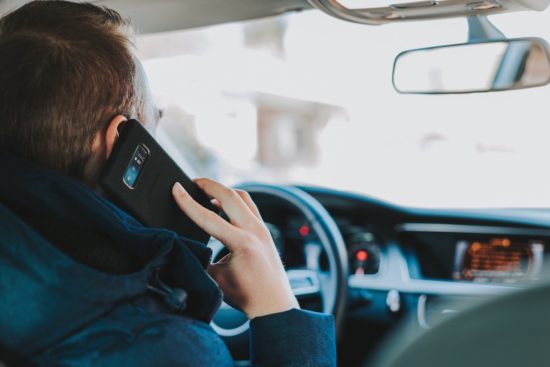 You don’t have to have a perfect driving record to drive for Uber. However, you do have to have a relatively clean driving record. In other words, if you have a couple of speeding tickets then most likely you’re still going to meet their minimum driver requirements. However, can you drive for Uber if you have a DUI? The short answer is no, but there is a little bit more to it than that.

To drive for Uber, you and your car both have to meet some minimum requirements. For example, you need to have a 4-door vehicle, rather than a 2-door car. Additionally, you need to have a minimum of one year of driving experience. Once you’ve met all of the minimum requirements, Uber will do a final background check on you. There are two parts to this background check: your criminal record and your driving record.

A DUI might show up on your criminal record or your driving record. Therefore, there are two potential chances for Uber to screen you out as a driver based on having a DUI. This is important to know because some people wonder if they can drive with Uber if they get their DUI expunged from their record. Doing so isn’t a bad idea, but it will only erase the DUI from your criminal record. The DUI will still show up on your driving record. Therefore, Uber will still see that DUI when they screen you as a potential driver.

If Your DUI Was More Than 7 Years Ago, You Should Be Okay

According to Uber’s official policy, they look at the past seven years of your driving record. Therefore, if you had a DUI 8 or more years ago, then it shouldn’t affect your ability to drive for Uber. Similarly, Uber checks your driving record for fatal accidents and a history of reckless driving. Sometimes people make mistakes when they are young, so if you have a very old DUI but haven’t had any issues since that time, then you should be fine.

That said, it’s unclear whether Uber strictly follows that “7-year rule” in every state. Some states clear your record after seven years. In other words, if Uber pulls your driving record in certain states, then all they will see is information for the past seven years. However, each state’s rules are different for how long a DUI remains on the record. In many states, including California, a DUI stays on the record for 10 years. Uber reportedly only checks the last seven years, but if they pull your California driving history, they’ll see a DUI on there anytime in the past decade. At least one Reddit user reports that they were able to drive for Uber in California with a DUI that was older than seven years but hadn’t expired off of the 10-year record, yet.

Some states have even stricter rules when it comes to DUI records. For example, in Florida, a DUI stays on your record for 75 years, which is effectively your entire driving lifetime. Similarly, DUIs never go off of your record in Alaska. That said, Uber probably isn’t going to reject a driver who had a DUI 20 years ago and has had a clean driving record ever since. After all, the reason they look at your driving record is simply that they want to make sure that their drivers are safe to be on the road.

A Criminal DUI May Never Go Away

There is one more important thing to understand about that time frame for getting a DUI off of your record. The laws are about how long the DUI stays on your driving record. However, they aren’t the same as for your criminal record. If you got convicted of a felony DUI, then you are legally considered a convicted felon. Uber has a policy against hiring convicted felons of any kind. Therefore, if you have a felony DUI on your criminal record, then you can’t drive for Uber, even if that DUI happened decades ago. If you have an old DUI like that and you want to drive for Uber, then it might be to your benefit to try to get that DUI expunged from your criminal record.

What if I Get A DUI While Driving for Uber?

If you are already an Uber driver and you get a DUI, then the chances are that you’re not going to be able to continue driving with Uber. They periodically check the driving records of current drivers. Therefore, they’ll see that DUI. It isn’t safe for their drivers to drive around drunk (whether or not they’re on the clock at the time) so they won’t allow you to keep driving for them if you get a DUI.

Of course, you may get a DUI then go to court and have the charges dropped. If that happens, then you can contact Uber. If you can prove that you never actually got convicted of a DUI, then it’s the same thing as never having had one, and Uber will likely allow you to resume driving for them. Therefore, it may be worth it to go to court if you get a DUI.

Uber Got In Legal Trouble For Allowing Drivers with DUIs

In the past, Uber has gotten into legal trouble for their failure to carefully screen their drivers for DUIs and other violations. For example, in 2017, they lost a nearly $9 million lawsuit in Colorado. State officials there found that the company had at least 50 drivers who violated the minimum rules including felony convictions, driving without a license and DUIs. This is just one example of a state where Uber has gotten in trouble for this. Therefore, they’ve cracked down more in recent years. They’re more careful with the initial background check. Furthermore, they check their driver’s current records more frequently than they did in the past.

One of the things that Uber is quick to point out is that despite the legal problems with their drivers, Uber tends to reduce DUI rates overall. In 2014, they reported that DUI arrests were down 10% in Seattle since Uber came on the scene. The conclusion they draw, of course, is that if people can easily Uber home from the bar, then they won’t take the chance on drunk driving. Uber frequently offers deals, promotions, and collaborative opportunities to further reduce drunk driving on holidays including New Year’s Eve.