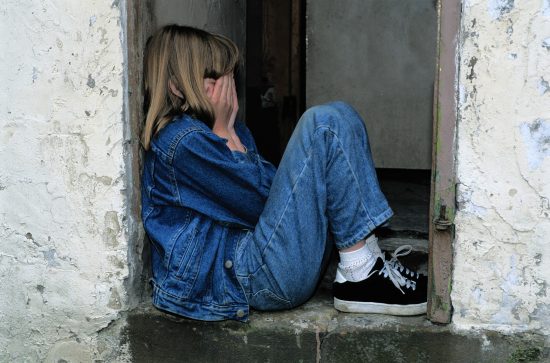 Spanking has been the center of debate since the early 2000s. Many people believe spanking is unnecessary and some even consider it child abuse. Now, groups are calling for a ban on spanking altogether because of its potential impact on kids’ mental health.

Parents have long debated whether or not spanking was an acceptable method of discipline for their children. If you’re reading this as an adult, chances are you were spanked as a child. Despite numerous studies pointing to spanking as a harmful practice, most parents think, “Well, I turned out okay.”

While those who still use spanking as a consequence for bad behavior quote its effectiveness as the reason why spanking actually proves to be less effective than non-violent manners of discipline. One study found three-year-olds who were spanked twice a month or more were 50 percent more likely to act out.

“We’re constantly discovering new risks associated with the act of spanking — like increased anxiety and a number of other mental-health problems — which makes the ‘It worked for me’ argument outdated,” stated Catherine Taylor, Ph.D., a professor of global community health and behavioral sciences.

Most parents who spank their children were spanked themselves, and so on. When it boils down to it, spankers breed spankers. If you were spanked as a child, it is more likely you’ll end up spanking your kids at some point.

But before you do, you should know the impact it may have on your kids’ mental health. Like secondhand smoke, seat belts, and lead-based paint, spanking has had a negative impact on your child’s long-term health.

There have been a number of groups and organizations that have come forward against spanking for a number of reasons. Most recently, the American Psychological Association joined that list of organizations, citing short and long-term harm to children.

This isn’t the first warning by APA officials either. The association has long warned parents against physical discipline and its potential impact. As mentioned above, it leads to an increase in behavior problems.

Instead of spanking, consider using one of the APA recommended “positive” disciplinary actions. These include things like time-outs, withholding items, warnings, and ignoring any misbehavior.

“The use of physical punishment on children has been declining in the United States over the past 50 years,” APA President Rosie Phillips Davis said. “We hope that this resolution will make more parents and caregivers aware that other forms of discipline are effective and even more likely to result in the behaviors they want to see in their children.”

Readers, were you spanked as a child? Do you think it had a profound impact on your mental health?