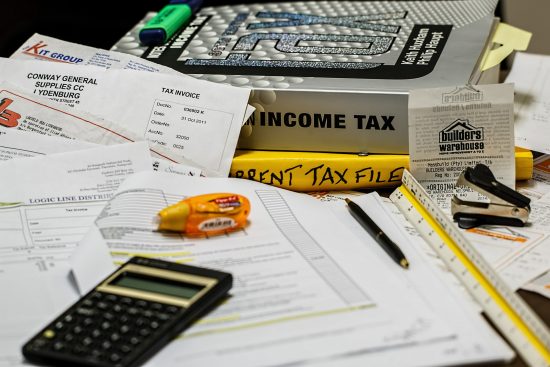 Are you missing out on a four-figure check each year without even knowing it? An earned income tax credit can provide a positive impact on a family’s finances and go back into the economy. However, to claim the credit you need to file taxes and have the knowledge of the credit itself.

What is an Earned Income Tax Credit?

The IRS website defines an earned income tax credit (EITC) as a benefit for working people with low-to-moderate income. In many cases, the EITC reduces the overall amount you owe the IRS or provides a refund. To qualify for an EITC, you need to meet certain requirements.

How Much is an EITC?

However, your EITC will vary depending on your income, filing status, and the number of children being claimed on your return. A married couple filing jointly this year with three or more children could receive a credit of up to $6,431.

Why the Money is Going Unclaimed

According to The Detroit Free Press, nearly $80 million went unclaimed three years ago. This was because 26,000 households eligible for the credit in the Detriot area simply didn’t file their taxes.

This is one of the reasons many people’s EITC goes unclaimed. Another reason is (and this is what they found in Detriot) people just don’t know about the credit and who is eligible. After the City of Detroit launched a targeted awareness campaign, $63 million more is being claimed in EITC each year.

“It was a blessing to learn about this tax credit,” said Renee Perkins, a Detriot citizen. Many of the people receiving these are in need. They are single parents or low-income families. For people like Perkins, who expects to receive a tax refund of $6,000 this year, an EITC can be life-changing.

People who don’t make a lot of money or don’t understand the federal income tax system may not think they need to file. Typically, the rule of thumb is any single person under the age of 65 with a gross income over $12,000 must file. For married couples filing jointly, the threshold is a bit higher ($24,000).

This is a bit higher than previous years, meaning more people may qualify for an EITC. Last year, the amounts were $10,400, and $20,800. Even if you don’t have to file taxes, filing can actually help you get more money.

Additionally, if you haven’t filed and believe you may be entitled to EITC from previous years, you can amend your returns for up to three years. If you believe you may have missed out on an earned income tax credit in the past, you may want to consider cashing in on them before you lose it.

It is crazy to think thousands of families are passing up cash that could positively impact their finances. If you aren’t quite sure whether or not you qualify or have any tax questions, all families and individuals with an income under $55,000 may be eligible for the Accounting Aid Society’s free full-service tax help. This agency will help you file your federal, state, and local returns and will help ensure you receive any tax credits and benefits.

Readers, how many of you look forward to this tax credit?