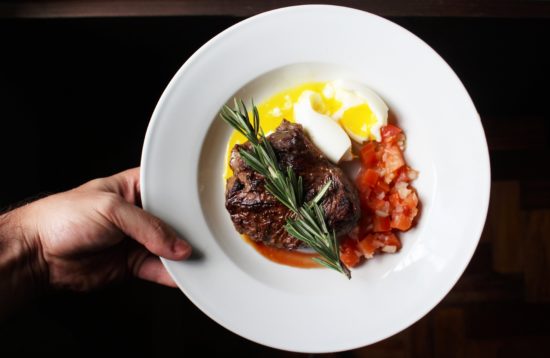 Your sleeping and eating habits have a direct impact on your overall health, whether you realize it or not. In fact, a recent study found the time you eat dinner each day may decrease your risk of developing cancer.

The study, which was published in the International Journal of Cancer, found that individuals who ate dinner before 9 p.m. had a lower risk of developing breast and prostate cancer.

“We focused on breast and prostate cancer because these are the two cancers that have been mostly been associated with night shift work,” lead author of the study, Dr. Manolis Kogevinas, told Moneyish.

Previous studies have focused on the type and quantity of food intake and not necessarily what time people were eating. It has also been known that people who consume 25% of the daily intake of calories right before bedtime are more likely to have disrupted sleep patterns, which can lead to weight gain.

Individuals who work graveyard shift are more likely to eat at strange times. So, researchers wanted to see if this was directly correlated with health problems associated with working overnight, such as breast and prostate cancer.

Researchers at the Barcelona Institute for Global Health took a look at 621 patients with prostate cancer and 1,205 breast cancer patients. A group of 872 males and 1,321 females without cancer were submitted to researchers as a control.

To determine the impact of dining times on risk of developing cancer, researchers examined what time people ate and what time they went to sleep. Each participant was asked about sleep patterns, activity levels, diet, and what time they ate their meals the year before diagnosis.

What was found were men who ate two or more hours before sleeping had a 26% decrease in prostate cancer when compared to individuals who ate right before bedtime. The same habits in women decreased the risk of breast cancer by 16%.

The exact time you eat dinner played a role in the findings as well. Participants who ate before 9 p.m. had a 25% decrease in prostate cancer and a 15% decrease in breast cancer when compared to individuals who ate after 10 p.m. This suggests the two-hour window before bed is better for your health, overall, but eating before 9 p.m. will serve you well too.

Study researchers also found that early birds (people who wake up between 5 a.m. and 6 a.m.) have a lower risk of developing cancer as well, versus night owls. All in all, the lead author of the study Kogevinas said it best, “Food is best metabolized during that day. If you eat late and go to sleep, this can have an effect on obesity and cancer.”

Typically, you should try to eat your heaviest meals for breakfast and lunch. End your day with a lighter meal. The best tip for individuals who don’t have a choice in the hours or time of day they get to eat is leaving enough time to digest your food before going to bed. As mentioned in the study, a two-hour buffer between finishing your meal and your head hitting the pillow is best.

Readers, what do you think about this study’s findings? Are you considering changing the time you eat dinner?