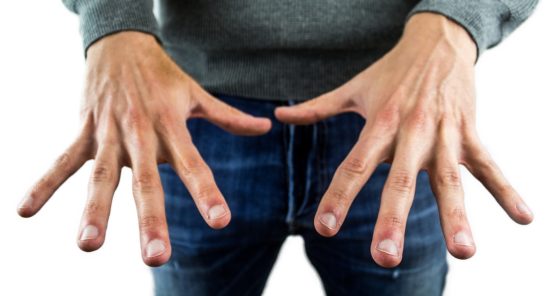 For many people, nail biting is something that mothers have nagged against, and partners have scolded, and it may be time to listen.

Father of two and former nail biter, Luke Hanoman, nearly died due to his nail-biting habit after developing sepsis from a small cut on his hand.

“I used to bite my nails all the time. It was a nervous thing,” Hanoman said. “And one day I bit the skin down the side of my nail. It hurt a bit but I didn’t think anything of it.”

Later in the week, Hanoman began to develop symptoms including cold sweats, shaking and loss of focus. Like most people, he decided to try and sleep it off.

Hanoman slept through the night and into the next afternoon. When his mother came into the room to check on him, he had a high fever and red lines all over his body. His mom then called the National Health Service to get advice about what to do.

Officials told her to bring her son to the hospital as soon as possible. He then spent four days in the hospital after doctors told him he was close to septic shock, which is normally a death sentence.

“The doctors and nurses were really good. They didn’t tell me how bad it was because I think they were trying not to worry me too much. When I was feeling better they told me I was lucky to be alive,” he said.

Hanoman stated he had no idea what sepsis was prior to being hospitalized last July. His new mission is to try to spread awareness to others.

Sepsis accounts for around 6% of the $24 billion in annual health costs in the U.S. each year. The condition can occur when a bacterial infection gets out of control. Your immune system then responds but is not able to fight the infection, leading to organ failure and tissue damage. More than 1.5 million people are diagnosed with the condition each year.

If it goes untreated like it did with Hanoman, it can lead to septic shock, which can be fatal. Nearly 250,000 people die from sepsis each year. Symptoms generally include a higher-than-usual heart rate, trouble breathing, cold sweats, loss of focus and confusion, as well as stomach pain. Older people are more susceptible to contracting sepsis, but any infection can lead to developing the condition.

Those who have the bad habit of nail biting may want to think twice next time they go to chew, especially after Hanoman’s story comes to light.

If you’re a nail biter, check out this clear coat nail polish that will help you stop biting!