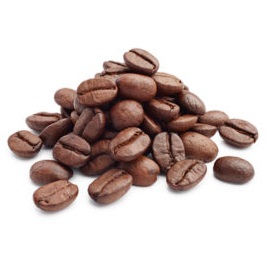 Climate change is crimping supply of one variety of coffee that happens to be the most popular.

But it’s a bit more complicated than what’s happening to other types of food– this year is seeing the largest ever harvest of coffee beans, making prices lower.

While some are calling the entire world’s coffee supply at risk of disappearing by the end of the century, it’s quite possible that things might simply migrate away from certain locations instead.

Where in the World

Right now the number of countries that grow different varieties of java has grown to 60, and Brazil is the largest grower in the world.

However, researchers say that Ethiopia has the longest history of growing the most popular variety of coffee in the world, and yet might see it disappear altogether by the end of the cnetury. The causes include rising temperatures, declining rainfall, and growth of fungi and pests.

Ethiopia is Africa’s largest coffee producer and ranks fifth globally for it, with 15 million farmers in the country relying on the crop for their livelihood.

Although coffee arabica growth is concentrated within the general vicinity of the equator, coffee plants fare best in mild temperatures, ranging from 64 to no more than 73 degrees Fahrenheit.

Yet farmers in the countries harvesting the most coffee are increasingly coming up with interventions to keep temperatures down, like creating shade for the plants.

Meanwhile, coffee trades more frequently than any other commodity except for oil.  By the time it reaches consumers, the markup is considerably higher, but on commodities markets, a pound of the beans closed at $1.258 per pound the day of this writing.

One Variety Will Become Expensive

However, one variety is getting more expensive: Ethiopian. If you are hooked on that specific type of brew, now would be a good time to start stockpiling those beans.  Or, start developing a taste for other varieties of coffee.

If you were really feeling ambitious, you could look into growing your own coffee arabica, although most gardening experts recommend you spring for  a starter plant rather than try planting your own seeds right from the get go.

However, the fact that the plants do best at mild temperatures would suggest that the plants might do well indoors — as long as you use nutrient rich soil and stay abreast of horticultural best practices for that particular crop.

Readers, what’s what your favorite beverage, caffeinated or otherwise?