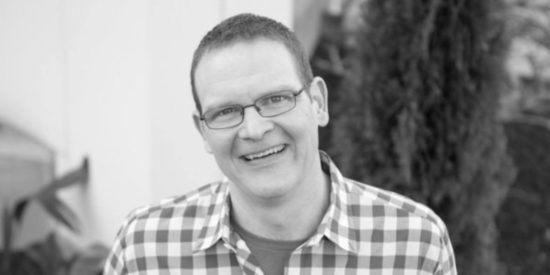 Every once in a while you see megachurch leaders in the spotlight. More often than not, it is because of some sort of money laundering or tax evasion or, in the case of Elevation Church, maybe the church’s pastor bought an extremely expensive home. This causes a rise in negative attention for the church usually. Because churches are supposed to be nonprofit, it is oftentimes perceived that the church’s leader should also not take a profit. That isn’t always the case though.

What about NewSpring Church’s Perry Noble? While he hasn’t been in the spotlight much, he is the head of a successful church (which is supposed to be nonprofit). So, what is Perry Noble’s net worth and how much has he really gained from the church?

If you’ve heard Perry Noble’s name before it was likely attached to a piece of controversy. Not only are most megachurches controversial anyway, but Noble was able to bring additional attention to himself through racy comments and his eventual removal from NewSpring Church.

Born on June 24, 1971, Noble had a rough childhood. His mother died when he was 12 years old and his father had a number of wives afterward. Many would argue that this is the reason he turned to the church.

As you may know, Noble is the former pastor of NewSpring Church, located in Anderson, South Carolina. The sermons he gave each week at NewSpring were heard by 32K+ people at 11 satellite church locations. In addition to churchgoers, 7,200 people tuned in via live stream to watch Noble preach each week.

Through his work at NewSpring, he gained notability as the preacher at the second-fastest growing church in the United States. He was also recognized by the South Carolina Baptist Church Convention. During his time at the church Noble also published three books, one of which focused on his battle with mental illness.

Along with publishing a few books while preaching at NewSpring, Noble also encountered a number of controversies. The first controversy surrounding Noble’s name was in December 2014. During a Christmas Eve service, he used the word “nigger” in reference to what some of his family members would call African Americans. NewSpring later released a statement denying the use of the word.

In July 2016 NewSpring Church announced that Noble had been removed as the senior pastor of the church. This was due to alcohol abuse issues and neglecting his family duties, according to Noble.

Despite the controversies and eventual removal, there is no doubt that Noble helped build NewSpring Church. So, what is Perry Noble’s net worth and how much of it did he earn from his time at NewSpring?

Contrary to popular belief, pastors do take a salary. It normally isn’t a huge one but they do take a salary. Perry Noble is no different. However, the bulk of his $2 million net worth hasn’t come from his work with the church.

It’s actually stemmed from the sale of his books. He earns royalties on the books he’s published, which amounts to thousands of dollars a month. This has proven to be a steady income for Noble, even after being removed from NewSpring church. He has also served as a guest pastor at large churches, like Elevation.

In addition to his book sales, Noble is also working on opening a new church, which will provide him with regular income as well. He has been working as a church consultant and says that he is now ready to open a new church (after being one year sober). Only time will tell how his wealth will be affected by the opening of a new church.

What do you think about Perry Noble’s net worth? The net worth of other church leaders? Let us know your thoughts below!