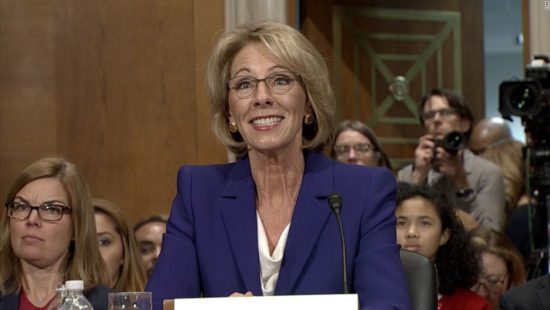 Betsy DeVos became a household name when President Donald Trump named her the United States Secretary of Education. Before that, she was an education advocate, fighting for the expansion of charter schools. She also advocated for using voucher programs for private schools.

DeVos was well-known in her home state of Michigan, where she lobbied lawmakers to remove the state’s cap on charter schools. She was successful and made a name for herself as a leading charter school advocate.

Her focus isn’t solely on charter schools and vouchers. Now that she is the Secretary of Education, she is taking on the issue of student loans. DeVos is going after some Obama-era student loan forgiveness protections. These new changes could impact students in the near future.

In October of 2016, the Obama administration approved the Borrower Defense to Repayment. This new law allowed students to receive forgiveness on their federal student loans if the school used deceptive or illegal practices to encourage them to take out the money.

The Obama administration also enacted the Gainful Employment rule in 2015. This regulation required that vocational and non-degree programs meet requirements regarding debt-to-income rates. The regulation was enacted to prevent these programs from saddling students with unmanageable student debt. The fear is they could not pay back the debt because they didn’t make enough money after graduation.

The current regulation states that student loan payments cannot exceed either eight percent of a worker’s total earnings or 20 percent of their discretionary income.

Betsy DeVos intends to rewrite both laws. In the meantime, the rules have been frozen, but claims made prior to the freeze are being addressed. That means that students who have already filed claims will likely see their loans forgiven even as new rules are being written.

Reason for the Obama-Era Rules 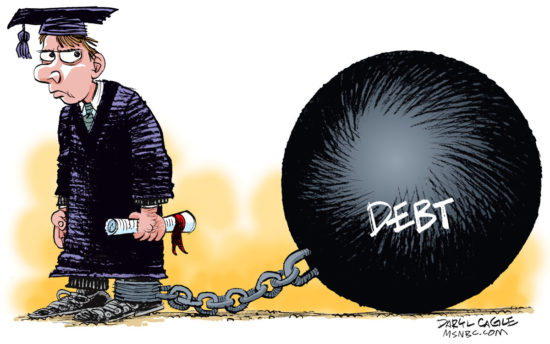 While most people go to school, get their degree, and enjoy gainful employment, that isn’t the case for everyone. The Obama administration created these rules after hundreds of colleges were accused of committing fraud and eventually collapsed. The students who were enrolled were left with massive debt, and they didn’t receive degrees.

That made it impossible to pay back the debt.

The issue reached a fever pitch when ITT Technical College and Corinthian Colleges collapsed. With the previous rules, students were allowed to apply for loan forgiveness due to fraud, but taxpayers had to pick up the losses. In the case of Corinthian Colleges’ collapse, that loss was $247 million.

With the rules in place, schools had to take financial responsibility, and they could be sued.

Reason for the Change

According to DeVos, the rules are confusing and need to be changed. She claims they are unfair for both schools and students and need to be rewritten.

There have been different reactions to the rule changes. The American Federation of Teachers claims that this shows that the administration stands with for-profit universities instead of students. The association wants DeVos to leave Obama’s rules in place.

However, the United Negro College Fund and the National Association for Equal Opportunity in Higher Education state the borrower defense rule could hurt their member institutions. They claim the rule is too vague and support DeVos’ proposed changes.

While some people are waiting around to find out what will happen with the rule change, not everyone is willing to wait. Attorney generals from 18 states and the District of Columbia have filed a lawsuit regarding the rule freeze. The states want to have the rules restored, and they accuse DeVos of siding with for-profit school executives. They believe freezing the rules will harm students while helping for-profit colleges.

The administration is still determining how to move forward with the new rules. In the meantime, students are encouraged to research their universities or degree programs before enrolling in college. Students should not rely on colleges to give them all of the answers. They need to do their due diligence to protect their interests.

Follow Jacob @DollarDiligence where he shares his new articles, his favorite articles from around the web, and stupid jokes that no one thinks are funny.

Photo: CNN and The Libertarian Republic