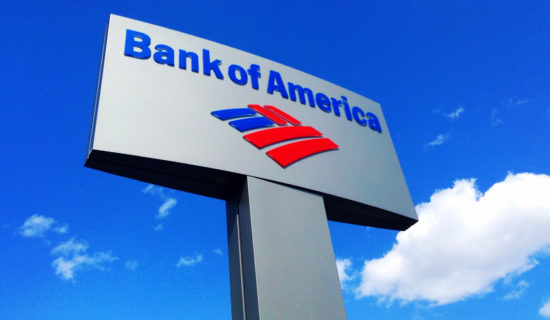 Bank of America is reportedly the second largest bank in the United States (by assets) and has more than 5,000 branches throughout the nation. Because of this, many choose them as their primary banker. As a business that recognizes federal holidays, we often forget that in addition to celebrations like Thanksgiving and Christmas banks close on many major holidays. So, you’ll need to be aware of the Bank of America holiday hours in case you need to access your checking and savings accounts.


What Are the Bank of America Holiday Hours?

Bank of America is usually open on Christmas Eve, but because it falls on a Sunday this year, they will be closed.  Keep in mind that holidays may affect processing times for deposits or other transactions such as electronic transfers.

What are Bank of America’s Regular Open Hours?

With more than 5,000 branches, Bank of America opens and closes at lots of different times.  However, you would probably be safe if you used the following for planning purposes:

That said, the hours do vary based on region, so it would be smart to contact their customer service department anytime from 7:00 am to 10:00 pm.  The best number to call is: 704-386-5687. That is the Executive Customer Relations number.  Don’t call the main line, the wait is longer and the service isn’t as good.

You can also use their online locator if you need to find a specific branch.

According to the venerated Encylopedia Brittanica, Bank of America started in 1904 as the Bank of Italy in San Francisco.  Over time, it evolved into the Bank of America Corporation and issued the first bank credit card in 1958, which they named the BankAmeriCard.  BoA is responsible for the biggest U.S. interstate bank merger when they acquired the Washington state bank Seafirst Corporation in 1983.  Another milestone for the company took place in 1991, when they became the first bank to offer coast-to-coast services in the U.S. after they purchased Security Pacific Organization, their major competitor in California.

BofA met much scrutiny after the global financial crisis in 2008. Particularly when they announced in January 2009 that they would receive $20 billion in U.S. government aid and an additional $118 billion in guarantees against bad assets incurred as a result of the 2008 acquisition of Merrill Lynch. Because of this, Bank of America faced numerous state and federal lawsuits claiming that they defrauded investors. In 2012, they agreed to pay $2.43 billion to settle a class-action lawsuit, and in 2014, they agreed to pay $16.65 billion to the U.S. government after being sued for financial fraud.

Finally, in 2017 bank was sued by the Federal Deposit Insurance Corporation (FDIC) for $542 Million. The 2017 lawsuit charged that the bank had underreported their financial statements in order to avoid paying the FDIC, indiating the bank’s legal troubles are not over yet.

Other articles you may enjoy reading:

Bank of American was contacted for this article.