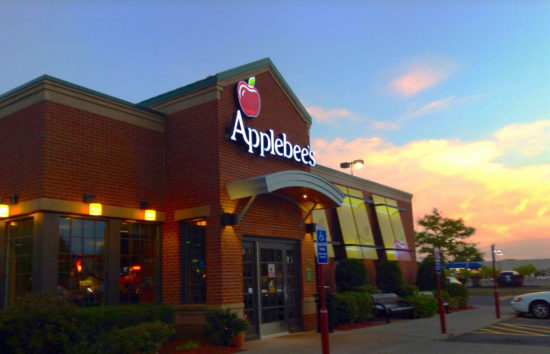 Applebee’s first won the hearts of Americans in the eighties because of its hometown feel and wide menu selection. Those hoping to get a quick bite or enjoy a full entree can do so at this chain throughout the United States. You can expect lunch and dinner in a casual setting as well as a bar in certain locations. The food is agreeable across a variety of age groups, which is arguably what has helped it to become so popular. The self-described “neighborhood bar and grill” usually always offers some kind of special, such as their current deal of two entrees plus an appetizer all for $20; but, eating out often also means planning ahead. For those wanting to go out later in the evening for drinks and a meal, it will be important to know the chains operating hours. So, what time does Applebee’s close? Does it vary by location?


What Time Does Applebee’s Close?

The operating hours of the Applebee’s chain may vary by location but most will open and close at the same time. You will find that during the week hours will be consistent while there may be extended hours on the weekend. See their typical schedule below:

Some chains choose to keep all hours the same from 11 a.m. to midnight, including on weekends, while others may be open later on the weekends until 2 a.m. As for their holiday schedule, Applebee’s usually closes on Thanksgiving and Christmas but may be open Christmas Eve, New Year’s Eve, and New Year’s Day, among other popular holidays. This also varies by location, so be sure to check with your local Applebee’s restaurant to verify.

The story of Applebee’s begins in 1980 in Atlanta, Georgia with the married duo William and T.J. Palmer. Bill and T.J. originally named the restaurant T.J. Applebee’s Rx for Edibles & Elixirs and sold their concept to W.R. Grace and Company in 1983 after opening their second restaurant. Bill was appointment president of the Applebee’s Division and worked with W.R. Grace to turn the restaurant into a franchise, continuing to incorporate his goals with the original restaurant, which was to take fast food a step up: high-quality food at a low price with unbeatable service, according to their biography on Reference for Business. Bill himself became an Applebee’s franchisee in 1985, and by 1986, the chain’s name changed to Applebee’s Neighborhood Grill & Bar. In 1989, the 100th restaurant was opened and the 1,000th in 1998. One year later in 1999, there was 1,168 Applebee’s restaurants, and today, there are close to 2,000 locations in existence.

Over the years, it has certainly gone through some changes, included a revitalization concept in 2010 that included remodeling, new food and drink selections, and service improvements, the Applebee’s website states; however, one thing has remained the same in the franchise: a comfortable atmosphere with a local feel and an affinity for food.

Other articles you may enjoy: