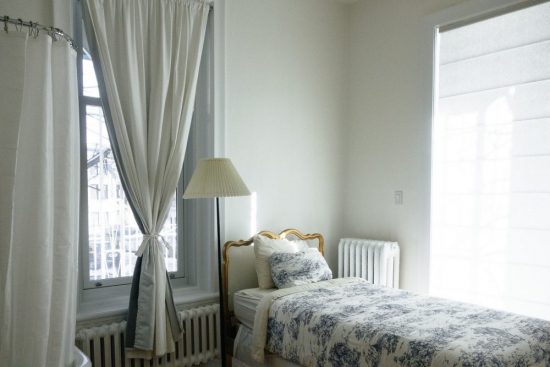 An extra bedroom has become a fairly common (and acceptable) waste of space in your home. According to Finder.com, there are 34 million more bedrooms in America than there are people. However, the habit of purchasing extra space for your home could seriously be costing your retirement savings.

How an Extra Bedroom is Killing Your Retirement

Typically, spare bedrooms are largely unoccupied. Sometimes they house a lightly-used home office or an extra bedroom for company when they come to town. In general, your spare room doesn’t get more than two weeks’ worth of use per year.

Here is a piece of advice: just buy a pullout couch for your guests and downsize. In metro areas, a four-bedroom house is about $100,000 more expensive than a three-bedroom (plus the interest on your mortgage).

Now you’re probably thinking, “what about in smaller cities?” Well, there is still potential for savings. In Las Vegas, four-bedroom homes are $80,000 more expensive. Chicago home buyers will save $100,000 opting for the smaller space.

Breaking Down the Potential Savings

If six figures in initial savings isn’t enough to motivate you to give up the spare room, don’t worry. As mentioned above, in a city like Boston, this could equate to $600 per month in savings. That amount of money could make it possible to live in a better area and still be within budget. It could go towards paying off debt and help you reach financial freedom earlier.

Best of all, it could add serious funds to your retirement. If you invest the extra $600 per month and earn 5% per year, you will have an additional $500,000 stowed away by the time you pay off your home. Boomers closer to retirement may not be excited about moving, but downsizing by one single room could offer six figures of added retirement security (or extra trips with your grandkids).

Younger families focused on giving their kids their own bedrooms may think downsizing isn’t for them either. Making your children share a room doesn’t make you a bad parent and it can give you the financial freedom to spend more money and time with them.

No matter how you look at it, Americans are wasting money on extra bedrooms in a big way. In some cases, it could cost them their retirement.  Readers, would you consider giving up your spare room to help pump up your retirement savings?