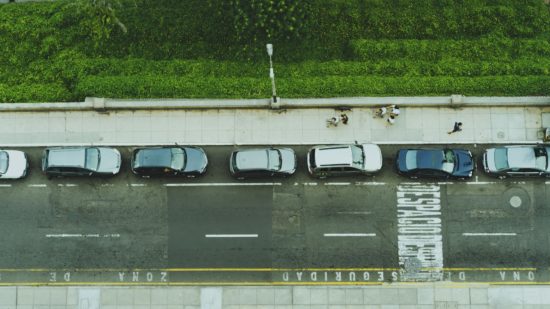 President Trump is known for tweeting about just about everything. However, it seems when he tweets about the economy, it can have a profound impact. Today, electric truck company Workhorse saw a 200% surge in stock prices after a tweet from Trump.

General Motors is in talks with Workhorse to sell its Ohio plant to the electric truck company. This comes after GM announced plans to close the Lordstown, Ohio plant, along with three others in the United States.

GM is doing this to free up more cash for the development of its own electric and self-driving cars. Instead of allowing the plant to go used, GM began talking with Workhorse about a possible sale.

Tom Colton, the head of investor relations for Workhorse, confirmed the talks were in the preliminary stage. It currently does not know when the plant will open, when jobs would start, or how many people the company will look to employ.

Not everyone is excited about the sale though. The United Autoworkers Union has made it known it isn’t in favor of the plant being sold. “The UAW’s position is unequivocal: General Motors should assign a product to the Lordstown facility and continue operating it,” the union said in a statement.

The UAW filed a federal lawsuit against GM in February to keep the Lordstown plant open. Union representatives hope to push GM to begin building its new vehicles there. Those talks will not commence until July, making it unsure whether Workhorse will be moving there or not (yet).

Despite the lawsuit and pushback from the Union, GM does not plan to have a future in Lordstown. It does plan to hire another 450 workers at three other locations in the state of Ohio though, investing $700 million into its Ohio plants.

Mike DeWine, the Governor of Ohio, said the news from GM is still good for the three cities with plants (Parma, Moraine, Toledo). If Workhorse buys the plant, DeWine said, Ohio could still expect hundreds of jobs to be added in Lordstown.

Workhorse is a growing company and would be a great addition to Ohio. The company is currently working on switching from traditional vans and trucks to electric. Later this year, it will begin production on electric delivery vans for the United Parcel Service (UPS).

“Based on media reports and comments from the US Postal Service, testing for the next generation vehicle is done and a request for production is due later this year,” Cowen analyst Jeffrey Osborne stated.

After Trump tweeted about the potential talks to move Workhorse to the Ohio plant, shares surged more than 214 percent. The company opened on Wednesday at 82 cents and closed the day at $2.65. The daily volume of shares increased as well. On average, it has been at 345,127 daily shares over the past month. By the end of the trading day, the volume was up to 45.9 million shares.

“This potential agreement creates a positive outcome for all parties involved and will help solidify the leadership of Workhorse’s role in the EV community,” Workhorse CEO Duane Hughes stated in a press release.

How Trump’s Tweets Have Impacted The Market

GREAT NEWS FOR OHIO! Just spoke to Mary Barra, CEO of General Motors, who informed me that, subject to a UAW agreement etc., GM will be selling their beautiful Lordstown Plant to Workhorse, where they plan to build Electric Trucks. GM will also be spending $700,000,000 in Ohio…

This isn’t the first time a tweet from President Trump has had an impact on the stock market. In fact, it happens so often, Bloomberg created an interactive graph to see what tweets were sent out when the DOW goes up or down.

There are few things that have been traditional about Trump’s presidency, but his presence on Twitter makes it doubly so. If you’re investing, it may be a good idea to keep an eye on POTUS’ tweets.

Readers, what do you think about GM’s decision to sell its Ohio plant and the Workhorse surge?