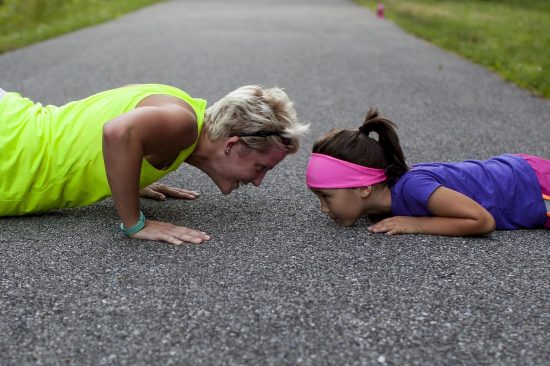 When was the last time you did a push-up? New research has found that the cardiovascular benefit of doing push-ups may be greater than we initially believed. In fact, men who can do more than 40 push-ups seem to have an overall lower risk of heart disease than those who cannot.

The Cost of Heart Disease in the U.S.

A 2016 study found the cost of cardiovascular disease in the United States may continue to climb. The annual cost is estimated to be $749 billion by 2035. Cardiovascular disease and stroke account for 14 percent of the total health expenditure in the U.S. (more than any other major diagnostic group).

Because of the major cost of heart disease throughout the country, doctors and researchers are constantly looking for ways to help prevent and treat it. The American Heart Association has funded more than $4.3 billion in research since 1949.

How Push-Ups Impact Your Heart

Most recently, researchers have found that exercise may have a more profound impact on your heart than originally thought. More specifically, doing push-ups may play a role in lowering your risk of heart disease.

Researchers took a look at more than 1,100 male firefighters. Each of them was followed for 10 years. Findings were published in the JAMA Network Open. Those who were able to do 40 push-ups or more had a 96 percent lower risk of cardiovascular events, like a heart attack or stroke, than men who were able to do fewer than 10.

At baseline, the firefighters’ average age was 39.6 years and their average body mass index (BMI, a ratio of weight to height) was 28.7, which is in the “overweight” range. “With firefighters pictured on calendars as muscular and very fit, we tend to think of them as different from everyone else, but this group is pretty much the same as the rest of the population,” Yang said. “Half of them were overweight or obese.”

Outside of continuing to encourage regular exercise, doctors believe these findings can play an important role in early diagnosis. Lead author of the study, Dr. Justin Yang, believes clinicians may be able to use push-ups to asses a patient in-office.

“Using push-ups could be a no-cost and simple method to assess one’s functional capacity and predict future cardiovascular event risk,” Yang said. “For clinicians, this is really important since a lot of tests vary in their results and are very expensive and time-consuming. This can be done within a minute.”

While many of the men were overweight, as mentioned above, Yang quoted the push-ups as the strongest factor in the study. This is likely because anyone able to do 40+ push-ups is in good shape. Overall fitness is often correlated with a number of other factors as well. Health benefits of being physically fit include having better control of your blood pressure, cholesterol, and stomach fat.

How to Decrease Your Risk of Heart Disease

When all is said and done, you need to balance a healthy diet with plenty of resistance and aerobic exercise to lower your risk of heart disease. Doing a few push-ups wouldn’t hurt but they certainly aren’t going to fix your health problems.

Physical inactivity is what poses the most risk when it comes to your heart health. The American Heart Association recommends at least 150 minutes of moderate-intensity aerobic exercise each week. Keeping up with that standard may be the key to maintaining your ticker.

Readers, how much exercise do you get each week?