Just months ago student loan debt reached a high, ugly milestone of $1.52 trillion. Unsurprisingly, many people find their student debt to be overwhelming, leading to depression and suicidal thoughts in some individuals. In fact, people who are undergoing serious financial stress are eight times more likely to have suicidal thoughts – and some engage in extreme behavior to avoid paying.

Student loan debt has seen a 145% increase in the past decade with no signs of slowing down any time soon. In many cases, individuals carry more student debt than they do in auto loans or credit card debt.  For some individuals, the weight of their personal student debt is too heavy for them to carry. Chad Haag was one of those people.

Chad Haag Delt With His Debt by Fleeing the Country.

Haag considered living in a cave in the United States to escape his student debt. According to Yahoo Finance, he already knew a friend doing it. However, for Haag, this wasn’t leaving his problems far enough behind. He wanted to get as far away from his debt as possible.

After majoring in philosophy in college, he held a student loan balance of about $20,000. While that is pennies compared to many other borrowers in the U.S., Haag pointed out that not being able to a land a college-level job made his $300 monthly loan payment devastating to his finances. He was only making $1,700 per month, living with his mother, and rarely going out with friends. “I couldn’t make the math work in America,” Haag said.

Running to the Jungle to Get Away From Debt


He relocated to a jungle in India to escape his student loan debt. In an interview, he said, “I’ve put America behind me.” Now, thousands of miles away from where he once lived in constant anxiety from his debt, Haag says his loans don’t even feel real to him anymore.

His student loans are on their way to being in default and they only thing Haag has to say is, “It’s kind of like, if a tree falls in the woods and no one hears it, does it really exist?” Of course, this kind of care-free attitude has not come without its trade-offs.

Where Haag is living is far from his Colorado home. He is living in a concrete house in a village in India. The house only costs about $50 per month and Haag says he sees elephants outside his home regularly. Haag also referenced the poor living conditions in some areas of India, stating, “Some toilets here are holes in the ground you squat over.”

Food quality can be a problem as well. He recently ate spoiled goat meat that landed him in the emergency room. However, dreams that would have escaped him in the U.S. because of his debt are now becoming realities for him in the jungle of India.

He has gotten married and he and his wife have plans to own a home soon. Currently, he has a five-year spousal visa and has plans to renew it when it comes time. Haag has absolutely no plans to return to the U.S. or repay his student loan debt. 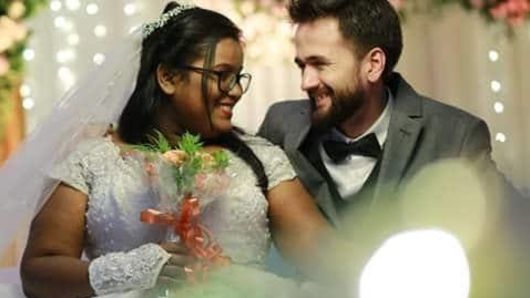 There is no doubt that many Americans find this type of behavior abhorrent. Student loan debt is only expected to continue to rise in the years to come with estimates projecting students will owe $2 trillion by 2022.

Half of the student loan borrowers haven’t paid a single dollar towards what they owe five years into repayment. Another 40% of those loans are expected in be in default by 2023.

However, moving away from the problem doesn’t make it go away. If anyone is moving away, like Haag, to escape their debt, they’ll find that if they ever return to the U.S. their debts will not be gone.  Given the structure of many loans, debts are in fact more likely to grow than be excused. Compound interest, late fees, and collection charges are all typically added to your balance if payment is not made.  In addition, late payments will impact your creditworthyness.

Not only will it not go away, but running away will make it worse. The best thing you can do is work out a debt repayment plan that works for you.

How to Keep Your Student Debt Manageable

Many people look at student loan debt as “healthy debt.” And while it is much “healthier” than, say, credit card debt, or even an auto loan sitting on your credit report, it still is a huge responsibility. If you or someone in your household is getting ready to head off to college or go back to school, consider thes money-saving tips.

Remember, if you are feeling overwhelmed by your student debt you have options. Before taking off to India or another remote jungle, consider the options below.

All in all, student loan debt is just another type of debt that can help or hurt your creditworthyness. However, it is nothing you should feel like you should run away from. Tackling it head-on and paying it down is the only thing that will truly make your debt nightmare go away.

Readers, what do you think about this man running away from his student loan debt?