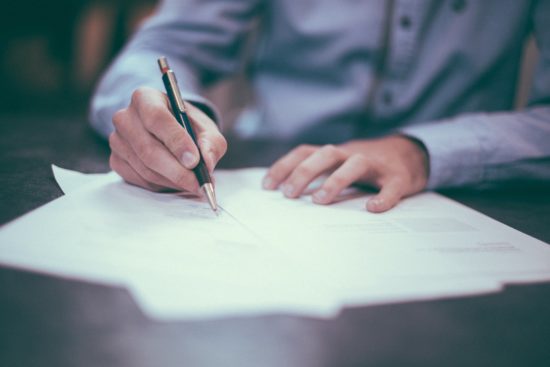 In total, there are approximately 2.1 million non-postal civilian federal employees working in 2018. Meaning over 2.1 million government jobs.  On top of that, there are a significant number of government contractors, though the exact number isn’t known.

There is often significant debate regarding whether federal employees or contractors are better off financially. Each situation has its own benefits and drawbacks, including in areas like hiring speed, pay, benefits, job security, and more. However, it is possible to form a strong career from either side of the fence, but it’s wise to examine the details closely before making a decision.

Let’s Talk About The Obvious-Salaries

The majority of federal workers fall under the General Schedule (GS) classification and pay system. The jobs fall between GS-1, the lowest, and GS-15, the highest.

A positions assignment in the GS system dictates earning potential at that level. Each segment has ten steps, each of which represents a 3 percent pay increase. On average, it takes 18 years to go from step 1 to step 10 in a particular GS grade. However, performance management guidelines allow outstanding employees to progress faster.

Federal employees benefit from having a predictable earnings table. It’s possible to anticipate how much you can earn throughout your entire career, barring shifts between GS grades. Additionally, locality pay can increase earnings, compensating for an area’s higher cost of living.

Contractors aren’t subject to the same pay structures. Since they aren’t federal employees, companies that provide contractors are free to do as they will. While many believe that contractors earn substantially more, that isn’t always true.

Whether you earn more or less as a contractor, in comparison to being a federal employee, depends on numerous factors. Your chosen profession plays a big role as well as if a position is long-term or simply for a project. Those with highly specialized skills may earn more as a contractor, but that’s never a guarantee.

One of the often touted benefits of government employment is the benefits package. Federal employees gain access to retirement plans, paid time off, life insurance options, medical coverage, and more. These offerings are also set by the government, providing a level of stability.

The retirement benefits are usually cited as one of the more robust offerings. The Federal Employee Retirement System (FERS) functions as a pension or annuity, providing a defined benefit upon retirement.

The calculation is generally simple. For the FERS Basic Annuity Formula for those who retire at age 62 with at least 20 years of service is 1.1 percent of your average salary over your three-year highest paid period per year of service. That means if you work 30 years, and your highest three-year average is $60,000 per year, your annuity is $19,800 annually or $1,650 per month.

Augmenting your annuity with the Thrift Savings Plan (TSP), a more traditional investment model, is also an option, as well as Social Security. Some are also eligible for an annuity supplement.

Paid time off is also a major benefit, especially since you earn more vacation time the longer you stay a federal employee. New workers earn four hours for every 80 hours they work. That usually means you accrue a day of annual leave every four weeks, or 13 days a year.

After three years, that goes up to 19.5 days per year. With 15 years of service, a federal employee accrues 26 vacation days annually. And that doesn’t include sick leave, which is another four hours per pay period.

Plus, leave doesn’t always have to be used the year it accrues. You can bank up between 30 and 90 days of annual leave, depending on your location and the level of the position. Paid federal holidays also come with the deal, and you don’t have to spend leave.

Contractor positions often come with benefits, but they vary in nature. Since contractors work for another company on paper, that organization dictates what is available. This means different contracting businesses can provide varying amounts of leave and they control what other benefits they offer.

Federal jobs are typically some of the most secure available. While the size of the government does change, these shifts are usually small. Plus, most federal employees can’t be fired on a whim.

Contractor roles are generally shorter term in nature. The length of the contract, which commonly lasts a few years, dictates the amount of job security available. In some cases, the renewal of a contract creates a more stable situation, but you can’t rely on that happening.

The largest drawback of trying to get a federal government job is the speed at which they hire. The government is notoriously slow when it comes to their hiring process, so it can take months to learn if you got the job.

Most government job announcements feature closing dates, representing the last day you can submit an application. After a job closes, most agencies provide applicants with an update within 15 to 30 days. However, that isn’t a requirement, and some take much longer.

That means, if you apply the first day a job comes open and it doesn’t close for another two weeks, you should expect to wait at least a month before learning if you made it through the initial screening. After that, coordinating the interview process, additional screenings, background checks or security clearances, and the generation of a job offer can add weeks to months onto the process.

Even current federal employees are subject to these waits, so you don’t see any reprieve once you are in the system.

Hiring decisions for contractor roles are typically much faster. While the level of scrutiny can be high, particularly when it comes to background checks or security clearances, they often move through the steps more quickly. Often, hiring times for government contractors mimic similar roles in the private sector, so the wait is much shorter.

Should You Become a Federal Employee or a Contactor?

Ultimately, both paths can lead to viable careers. However, it’s wise to review what your skills are worth in both areas before deciding. Compare the GS pay rates that match your target role to those you can land as a contractor. Review the benefits packages to see if they meet your needs or compensate for lower pay. Determine how long you can wait to find out if you got the job, and then decide how to proceed.

Do you have a government job or are you a government contractor? Tell us about your experience in the comments below.

Looking for more great employment articles? Give these a try: