"If more of us valued food and cheer and song above hoarded gold, it would be a merrier world." - J.R.R. Tolkien 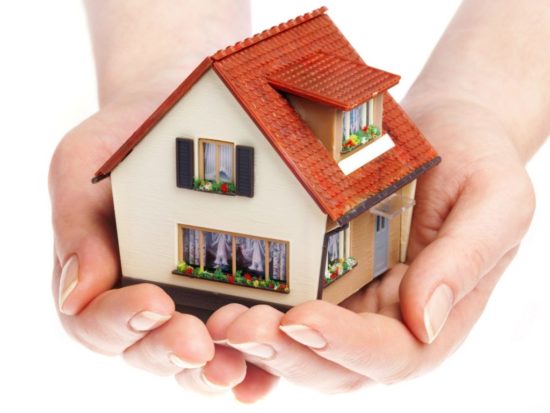 A lot what’s being called crowdfunding is actually more like matching funds or subsidies for down payments. The growth of these options seems to be a sign of the times — so few people can afford to buy homes nowadays that the industry has gotten creative.

Buyers have been losing their appetites not just because of the high prices but also the prospect of rising interest rates and changes in federal tax laws making making home ownership seem less affordable.

Unison Home Ownership Investors (formerly known as Rex Home Buyer) offers down payment subsidies in exchange for equity stakes in the home. The program requires that the home buyer put up a down payment of at least 10%.

Instead of charging interest or requiring repayment, Unison Financial’s terms call for its equity stake in the home to double in percentage over time — although the home buyer has the option to cash out of the arrangement within the first three years with no penalty or five years with a penalty.

HomeFundMe provides incentives for individuals to seek out grants that are actually matching funds on down payments. Although the match ratio is impressive, two-to-one, the total grant limited to $2,500 — do the math and you see that the buyer would need to come up with another $5,000 at that maximum amount.

With most residential mortgage lenders requiring minimum down payments of at least 5%, that limits the buyer to homes worth no more than $150,000. That’s well below the average home price in the U.S. — and even beneath affordable housing program prices in many cities.

These kinds of limitations don’t factor int another home down payment crowdfunding site, HomeFunded. As of this writing, the site is still in late beta testing. The company is working on incorporating cryptocurrencies for would-be contributors to use to pitch in donations. In the meantime, the site works with mortgage lending partners to provide funding, while also enabling people to crowdfund mortgage principal.

Speaking of principal, a handful of sites offer crowdfunded mortgages, without picking up the tab for the down payment. These include: SoFi (although it’s limited to portions of the U.S.); National Family Mortgage (which only does peer-to-peer lending between family members); and LendInvest (which offers peer-to-peer mortgages in the U.K.).

The Best Mortgages of All

Meanwhile, one of the only ways to forego a down payment calls for doing time in the armed services — or being the widow of someone who has served.

Veterans Administration loans specifically require that applicants have served in the armed forces — if they have served at least: 90 consecutive days during wartime, 181 days of active service during peace time, or six years in the National Guard or Reserves. Spouses of the deceased service members also qualify if the death resulted from duty.

However, if an applicant is married to a non-veteran, that actually disqualifies him or her (but vets actually go get temporary separations from their spouses while applying for these programs, and then remarry following approval). Even with this hiccup, the terms of a VA loan generally make them more attractive than most other types of home financing.

Yet by the time people are hankering for home buying, they usually don’t have the ability to go back and enlist in the Reserves just so they can qualify for a mortgage that doesn’t require a down payment.

It’s not clear, however, that any of the other alternatives for down payment subsidies — or even a peer-to-peer mortgage — can sufficiently whittle down the high cost of housing.

Nor can it nor compensate for the loss of federal tax deductions for mortgage interest and property taxes, for that matter.

Readers, what do you think about crowdfunding mortgage down payments — as compared to other methods of financing? And what’s your take on the housing affordability crisis?