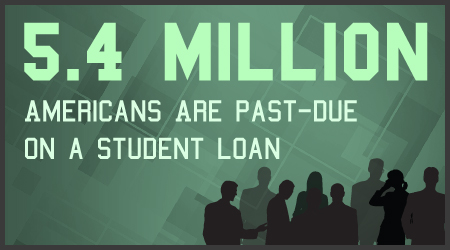 Finance experts have been warning that student loan defaults may trigger the next credit crisis — but a proposal on how to solve the problem takes a backhanded swing at the new tax law.

A report published by The Levy Institute at Bard College examines whether cancelation of federally funded student debt may inject up to $1.5 billion into the economy.

This calls for forgiveness of approximately $1.4 trillion in debt over the course of a decade. That is almost exactly the same amount as what the U.S. Congressional Budget Office estimated the recent Tax and Jobs Act would cost.

The cost comes in the form of a federal deficit, to the tune of about $1.5 trillion — that’s why the proposed tax costs are only temporary. They go away in about ten years, which just so happens to be the same timeframe that the Levy Institute suggests for staggering the student loan forgiveness.

Speaking of temporary, in order for the Levy Institute’s proposal will be able to work, the Tax and Jobs Act would need to be overturned first — otherwise the federal deficit would double and a recession would kick in.

Although it started because of a strong jobs report and the ensuing worries about an interest rate rise, the downward trend got further momentum following Republican proposals to increase spending on defense without cutting from other parts of the budget (other than Social Security, which investors didn’t like either).

Assuming that the Democrats retake Congress in November of this year, which many experts have predicted, then the Tax and Jobs Act could be modified or repealed – and then, enacting the Levy Institute’s proposal would have the described effects. This would include adding up to 1.55 million jobs over the course of the next decade.

Also, the proposal would likely require legislation to tamp down on what some say might bring the student loan crisis right back again. For-profit universities are apparently responsible for a disproportionately large amount of student loan defaults.

Currently, over 5.4 million Americans are late on their student loans. The pattern is discernible among current students: 74% of those receiving financial aid have no idea how long they will have to pay off their student loans, according to a study by Prudential.

Over half don’t know what their monthly payment will be, and three in five don’t know how much of their income might go toward repayment.

And over half of them don’t know whether they have a co-signer on their debt — when parents co-sign on a student loan that goes into default, both parties’ credit scores go to hell in a handbasket. 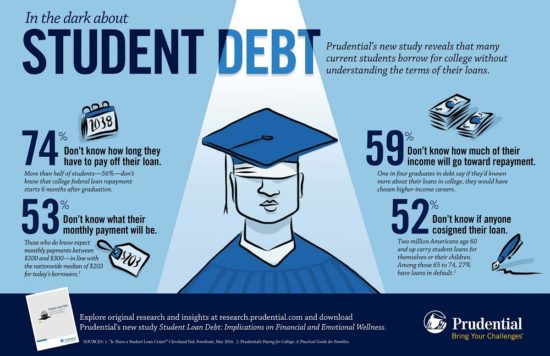 Laws manding some form of credit coaching for students as soon as their first semester in a financial aid program might nip a lot of these problems in the bud, especially because those who drop out or don’t complete degrees are another group with above average rates of student loan defaults.

Readers, what’s your opinion on the student loan default situation? Here’s what our sibling blogs have to say on this topic: