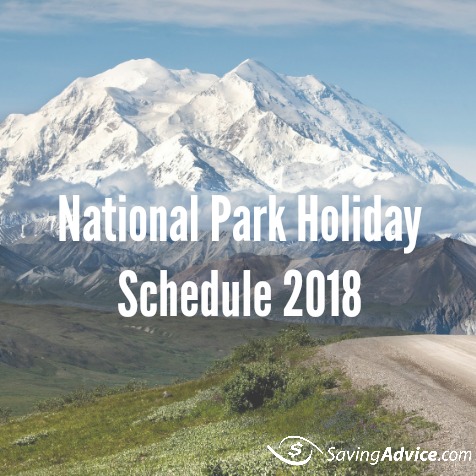 If you’re planning a trip to the closest national park you may want to check the hours and national park service holiday schedule first. To the surprise of many, there are days the National Park Service close or even have altered hours. Below you’ll find all of the information you need to make a successful planned visit to an NPS park.

Now that you know what days the NPS workers will have off it may be important to know their schedule. Of course, you don’t need to contact the National Park Service to plan a visit to one of its locations but they can provide you with some valuable information.

As previously stated the national parks are open every day of the year but you may want to check the NPS website before heading out. You can also call (559) 565-3341 and receive recorded information 24 hours a day. If you’d like to speak to an NPS worker you’ll have to call between 8:15 a.m. and 4:15 p.m. Monday through Friday.

Inclement weather can shut the parks down, especially if there are issues with the road. Weather conditions can vary from park to park depending on what the elevation may be. This week, for instance, many of the parks are closed off due to ice and snow being on the roads.

Spring: Springtime in the national parks lasts from about mid-April until June. Some parks may still have snow from the winter months though so to be prepared you should equip your car with snow chains or tires.

Summer: July and August are the busiest months for the National Park Service. If you’re looking to get a campsite through the NPS during these months you should book them well ahead of time. Obtaining a campsite during these peak months can be extremely difficult.

Fall: By September the temperature begin to cool off in most national parks. The weather can change rather quickly, with storms rolling in unexpectedly. Nighttime can get very cold as well. Many NPS facilities begin to reduce their hours during the fall.

Winter: Keep in mind that if you plan to visit a national park in the winter that tire chains or snow tires may be required to drive on the park’s roads. For the most part, however, you’ll have the park to yourself during the winter.

If you’re planning a trip to a national park you’ll want to keep the National Park Service holiday schedule, operating hours and seasonal information in mind when making your plans. If you’ve any further questions, visit the NPS website or give them a call. Happy exploring!

If you found this article helpful, let us know! We’d love your feedback.