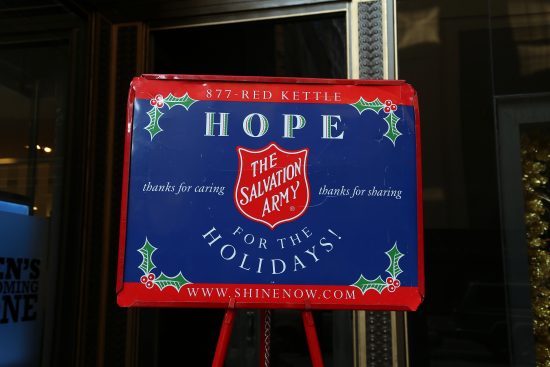 Many people went shopping last weekend. They started on Thursday night with doorbuster sales, went Black Friday shopping, supported local businesses on “Shop Small Saturday,” and went on to shop online Cyber Monday. However, many people are taking one more day to shop for Giving Tuesday, the less-popular shopping day that supports your local charities.

What is Giving Tuesday?

Giving Tuesday, supported by the hashtag #GivingTuesday, is a day that was thought up by the Salvation Army. Most people have thought about getting themselves or someone in their lives something special the past few days. Many also spent a day (on Thursday) being thankful for everything they had. Giving Tuesday combines both of those by giving you the opportunity to give back to your community and local charities in the area.

Where can you support Giving Tuesday?

Giving Tuesday sounds like a great idea. It is a chance to give back to your community during the season of giving. How can you help today?

Though Salvation Army is one of the largest organizations supporting Giving Tuesday, the day provides an opportunity for you, your family and even your company give back to an organization in your community.

What Does The Salvation Army Do?

It is hard to list everything the Salvation Army does in its prospective community. The organization largely fights to end homelessness. They help families during a disaster (natural disaster, house fire, flood, etc.).

Project Angel Tree is another great program run by the Salvation Army. People throughout the community are able to pick up and angel and buy gifts for a child whose family may not be able to buy enough for Christmas. Angels usually give clothes size, hobbies of the child and a toy they have been asking for.

If you are out and about today, or simply online, stop for a moment and donate to a charity near you. Whether it be stopping to slip some change into the Salvation Army bin or donating to your favorite charity online, Giving Tuesday is a day to give back.