Millennials are Saving at a Younger age than any Other Generation

New research has shown that millennials are putting their first dollar towards retirement almost a decade before “boomers.” Boomers, who spurred the mutual fund industry, are no competition for the millennial generation when it comes to saving.

There is some history as to why boomers may have waited so long to invest in mutual funds. Although mutual funds were started in the late 1920s, they did not gain popularity until the 1980s, when many boomers had already entered the work force. They felt pressure to save, but they weren’t thinking about their money growth in the long run. Many of them saw individual stocks as their only option.

In 1978, the Revenue Act was passed and had a section detailing the 401(k), that is what changed how people saw investing in mutual funds and saving. 401(k) savings and retirement planning became a gateway to mutual funds.

Now mutual funds assets sit at a pretty $16 trillion today, but prior to 401(k), the numbers were at $50 billion in the late 1970. There are nearly 8,000 mutual funds you can invest in today, compared with fewer than 500 in the 1970s. That is a huge change, and it could be why so many people are investing at younger and younger ages. 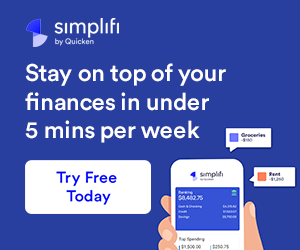 Millennials only make up 16 percent of the mutual funds market while boomers and Generation X make up 40 and 32 percent, respectively. However, the generation is still extremely young, and there is much to be said about the saving habits of the young generation. Many millennials are doing a rather impressive job when it comes to saving their money.

Eight in 10 of the millennial generation said that the recession taught them that they had to save, much like the generation that grew up during the Depression. Many of them are taking full advantage of 401(k) plans at an early age, and that gives them about a decade of additional growth compared to boomers who didn’t start saving towards retirement until they were in their 30s.

Another probable reason for millennials being able to save so easily is that everything is automated. Many millennials don’t even have to think about putting their money away, they simply set up an automatic with drawl or transfer to savings or a bond account.

While millennials have technology and an early start on their sides, boomers are aren’t doing so shabby themselves. Many of them have plenty of retirement money put away and, in fact, the generation even takes advantage of some of the technology available to them to automate savings.