As the coronavirus spreads across the United States and cases increase by the day, more people are getting laid off from their jobs. Some businesses are closing due to government restrictions in the area. For instance, many cities have restricted all dine-in business for restaurants. Because of this, many people are without work and are left wondering how to pay the bills during this crisis.

How to Pay the Bills During a Pandemic

It is not yet clear what the stimulus package in the U.S. will look like to help the American people, and the economy, recover from this. If you are looking for immediate relief or help, the following tips will help you figure out how to pay the bills or make arrangements for your finances.

Lastly, many businesses and large corporations are putting a pause on any action they may typically take against delinquent accounts. For instance, Bank of America has paused all of its evictions, foreclosures, and repossessions until after the coronavirus pandemic has calmed down. That being said, you still should call and discuss your options with the lender/company.

We, as a nation and as human beings, are all going through this together. Remember if you are calling a customer service line that they are likely dealing with high call volumes, not to mention their work environments have likely changed as well. Communication and kindness will go a long way during this time.

Lastly, if you find yourself out of work at this time, consider looking for a side hustle or another way to generate income during this time. We’ve compiled a list of 38 ways to make money on the side here.

There is no doubt the world has been rocked by the coronavirus. Widespread panic and a flimsy economy are enough to make anyone develop anxiety. Not to mention, the federal government is suggesting weeks, possibly months, of social distancing. To keep yourself from going stir-crazy, you need to know how you can still practice self-care during times of crisis.

Practicing Self-Care During Times of Crisis is Important

Believe it or not, continuing to practice self-care during social distancing and other times of crisis is extremely important to maintaining your health. Even though you aren’t able to do the same things you’d normally be doing throughout the day, you can still take care of yourself.

Self-care during times of crisis includes things like focusing on eating well, exercising, staying in contact with others, and doing things you enjoy. Incorporating that into your time away from others can be key to keeping up your physical and mental health.

What Can You Do During Social Distancing?

Now, you’re probably thinking, “Amanda, the gyms and restaurants around me are closed. I’m not supposed to hang out with people and I’m stuck inside.” Well, thankfully, there are still a few self-care practices you can do at home. Here are just a few to employ while you’re distancing yourself…

Lastly, it is so important to maintain your self-worth during times of crisis. Right now, with COVID-19 spreading across the globe, many people have been laid-off. Being unemployed can contribute to feelings of decreased self-worth.

Just remember, this is only temporary. The best thing you can do is practice self-care and focus on maintaining your own personal health (mentally and physically) at this time.

Readers, how do you practice self-care during these times? 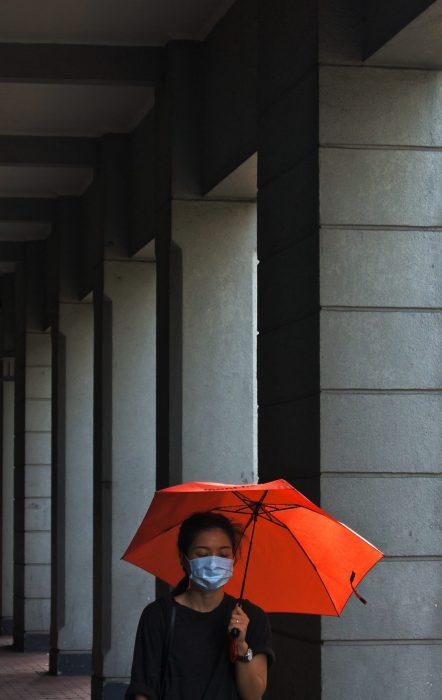 As new cases of coronavirus become known in the United States, more people are taking extra steps to stay healthy. For the most part, this means avoiding crowds and washing your hands more. However, some workplaces are also transitioning into virtual offices amid the coronavirus scare as well. This means working from home for more people.

Why Workplaces Are Transitioning

Workplaces are transitioning into virtual offices for obvious reasons, such as limiting direct contact with people to prevent the spread of the virus. There are some other reasons employers are considering moving to home offices.

Many schools are also moving to online classes while the coronavirus scare is at its peak. For working parents, kids transitioning into virtual classrooms may also mean they have to stay home and move to a virtual office.

Not to mention, allowing your workers to do their day’s work from home will help limit the possibility of someone in the office getting coronavirus. If you’ve seen any of the other facilities where the virus has been reported, you know this is huge. The cost of paying for the decontamination of your office could level a small business expense wise.

How This May Impact Business

For small business owners, the biggest way this may impact day-to-day business is the transition period for employees to get used to working virtually. At first, some productivity will be lost.

Businesses that have always been brick-and-mortar may also need to re-train some employees on best practices in the virtual office. There may also be some initial cost on the business’ (or employee’s) part to get a home office set up. Not to worry though – those costs will be tax-deductible.

Having some staff members work from home may also initially limit the business dealings you’re capable of handling. However, a huge percentage of the workforce already works part of the week (if not the entire thing) from home anyway. So, you’ll likely be able to find a workaround for those tasks.

Readers, what are your thoughts about workplaces switching focus to virtual offices during the coronavirus scare? 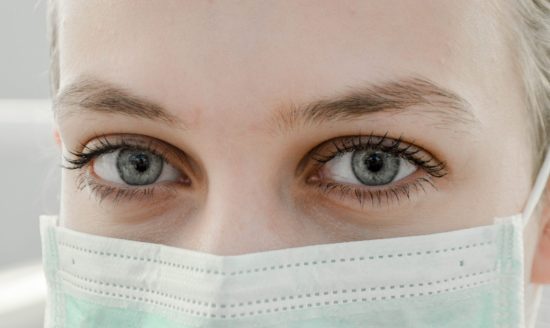 The total number of coronavirus cases in the United States has increased by two dozen over the weekend, up to 89 from 65 cases on Friday. There have also been two reported deaths in the U.S. New cases have been confirmed in Rhode Island, Oregon, Florida, Washington State, and New York. Many people are taking additional precautions to protect themselves against the virus, but the Surgeon General is saying they are wasting their time with one effort. The health official has said to the public “stop buying face masks.”

Why You Should Stop Buying Face Masks

You may think that sounds a bit odd, however, it turns out surgical face masks may actually increase your risk of contracting the coronavirus. This is especially true if you are not wearing it correctly, which most people are not.

The Surgeon General’s office shared a sternly-worded message to the people in the U.S. on Saturday, stating…

They are NOT effective in preventing general public from catching #Coronavirus, but if healthcare providers can’t get them to care for sick patients, it puts them and our communities at risk!
https://t.co/UxZRwxxKL9

The only time you should wear a surgical mask, according to health officials, is when you are sick and have to leave your home. This will help prevent spreading your illness to others. The Surgeon Generals says that if you are ill, the best possible thing you can do is stay home and avoid contact with others. If you must leave, to go to the doctor or otherwise, wear a mask.

Wearing one isn’t necessary if you aren’t sick and in public though. In fact, most people wear masks incorrectly and it can increase your risk of getting sick. Believe it or not, the panic surrounding the virus is spreading faster than the coronavirus itself. But, if you want to protect yourself, the best thing you can do is listen to health officials.

How to Protect Yourself Against Coronavirus

The U.S. Surgeon General Dr. Jerome Adams stated, “You can increase your risk of getting it by wearing a mask if you are not a health care provider. Folks who don’t know how to wear them properly tend to touch their faces a lot and actually can increase the spread of coronavirus.” There are a few things you can do to ward off the virus though…

All in all, this isn’t the first (and it probably won’t be the last) pandemic the U.S. will ever see. Take the precautions above to help protect yourself but, as the Surgeon General said, stop buying face masks. They’re likely a waste of money!

Readers, are you concerned about the coronavirus? Do you think it will become more of a problem in the U.S.? 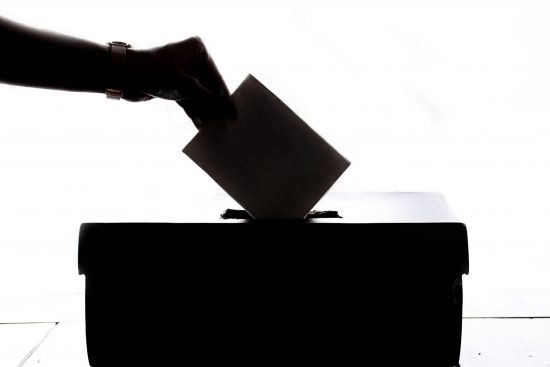 In short, yes. Democracies are better at fighting outbreaks, such as the coronavirus. As soon as the first cases of the virus were made known in America, health officials were immediately working to provide them with treatment. In China, many people are being quarantined with no treatment at all, leading to the deaths of hundreds of people. But why are democracies better at fighting outbreaks?

How China Handled the Outbreak

While it does seem democracies, like the United States, are better at fighting large-scale outbreaks, Chinese officials did everything they knew how to contain the virus. They quarantined entire cities, suspended travel, and closed schools and businesses. Officials also placed restrictions on citizens, making many of them stay indoors at all times.

Within 10 days of the outbreak being known to health officials, specialized hospitals were erected. They have also been able to keep close surveillance on the citizens to scale up any contact tracing. However, it just hasn’t been enough to fight the coronavirus off.

Are Democracies Better At Fighting Outbreaks?

As of now, there are 34 known cases of coronavirus in the U.S. Health officials in the states have been upfront with the citizens of the country to be sure they know potential warning signs of the virus. Anyone with the virus has also been quarantined.

This is the biggest advantage the U.S. and other democracies have compared to authoritarian governments, like China. When something like this happens, officials are able to provide full transparency. In China, on the other hand, officials tried to cover up how many cases of coronavirus there were. They also tried to hide how serious the epidemic was.

In addition to having transparency and the trust of the people, health officials in the U.S. also have the resources available to them to work on a vaccine or treatment. Because China underreported the number of cases, many health officials are tied up with treating current patients and disposing of those who have perished from the virus. The resources for developing vaccines or treatments just aren’t there.

Democracies also typically lead the world’s efforts in fighting such outbreaks. In 2014, the U.S. led other countries to stop the Ebola outbreak plaguing many African countries. President Barack Obama had 44 other countries join him in Washington, D.C. to establish the Global Health Security Agenda, which now consists of 67 nations.

They Don’t Do Everything Right Though

Although democracies typically handle outbreaks better than developing countries, they aren’t perfect. During the 2014 Ebola outbreak, a nurse was forced into quarantine in the Newark airport with no medical cause. She was only quarantined because she’d been to a country where the outbreak was occurring. However, when this happened, U.S. citizens stood up for their rights and developing new quarantine procedures only instilled even more trust in the public healthcare system.

In short, democracies are better at fighting outbreaks simply because they are able to be transparent and typically have more resources for developing treatments.

Do you agree? Are democracies better at fighting outbreaks?