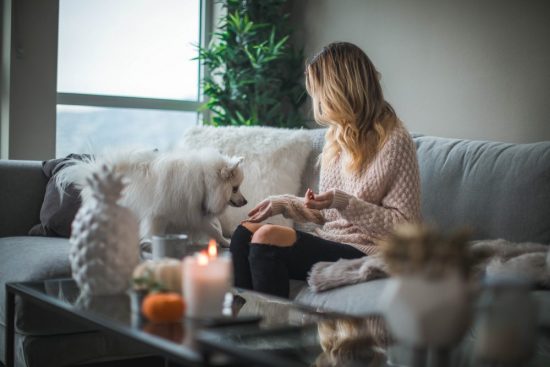 I live in San Francisco, which was the first city to enact a shelter-in-place order due to coronavirus. The entire state of California followed soon after. The current plan is to maintain social distance and shelter-in-place rules through at least the end of May, with some small modifications. But every state is different. There are a few states that never enacted a stay-at-home order. Many states have a stay-at-home order expiry coming soon.

The New York Times has put together an updated list with an interactive map to help you easily see which states have a stay-at-home order expiry already in place or coming soon. We have summarized that information for you here.

The following nine states have begun to offer reopening of certain areas:

What is Open in Each State:

Here’s a look at what’s allowed to open now or soon in the other eight states above:

Georgia has reopened with some of the fewest restrictions of any of the states. Bowling alleys, gyms, movie theaters, restaurants, hair salons, and other forms of entertainment and retail are all allowed to open. There are some restrictions. For example, dine-in restaurants are limited to a small percentage of usual capacity.

Certain industries – manufacturing, agriculture – are allowed to reopen to some extent. Of the states that are already partially reopening, Minnesota is the most restrictive.

Retail stores are now allowed to operate with restrictions. However, other businesses such as gyms, spas, and pet grooming shops are still closed.

Houses of worship are now open in Montana. So are retail stores. Restaurants and bars are about to reopen with restrictions.

State parks have reopened in Oklahoma. Additionally, the state lifted restrictions on retail including personal care businesses like salons and pet groomers. The state is about to allow the reopening of movie theaters, gyms, houses of worship, and even tattoo parlors.

South Carolina has reopened its beaches. Retail stores are also open again but required to operate at twenty percent of the usual capacity.

There is some variation within the state from county to county. However, generally speaking, Tennessee has allowed reopening of restaurants, retail businesses, gyms, and state parks. The indoor businesses have specific social distancing rules in place.

States With a Stay-At-Home Order Expiry

The following 16 states either have a stay-at-home order expiry now or soon (within approximately one week):

Iowa, Nebraska, North Dakota, and Wyoming never issued a stay-at-home order at all. They have had various restrictions in place, though, and those are lifting this week. Often, this is county by county. For example, certain Iowa counties will reopen libraries, malls, gyms, and restaurants that have been closed.

The other dozen states on this list did have shelter-in-place orders. Most of them went into effect in early April. And they all have a stay-at-home order expiry that either already went into effect or will go into effect the first week of May. However, how quickly things will reopen varies drastically from state to state. Here are the details:

Beaches and retail stores reopen on May 1st.

Florida is a complicated stay when it comes to shelter-in-place rules. For example, restaurants are allowed to reopen on May 4th operating at 25 percent of capacity. However, that’s only in the smaller counties. The three largest counties – Miami-Dade, Broward and Palm Beach Counties – are not allowed to reopen yet.

Houses of worship are the first to reopen. Restaurants, gyms, and salons are expected to reopen before the end of May.

The stay-at-home order expiry is May 1st. However, Indiana has seen a surge of coronavirus cases, so it’s unclear what reopening will look like here. Marion County has already announced that their area will continue to shelter in place until May 15.

The stay at home order expiry is set to expire May 3rd. It looks like Kansas will likely switch to a county-by-county approach for reopening.

Maine is taking a month-by-month approach to reopening. Restaurants, gyms, and retail businesses will begin to reopen slowly, likely with a bigger push in June.

Kansas City, MO is taking an interesting approach to reopening. Starting on May 6th they will do a soft re-opening using a 10/10/10 rule which means that a business can have 10 percent occupancy or 10 people indoors at once (whichever number is greater) and they must keep track of people who are inside for longer than ten minutes at a time. While groups of ten can gather inside, groups up to 50 can gather outside with social distancing restrictions.

The stay at home order expiry for Nevada has just been extended to May 15th.

New Hampshire’s governor wants to start reopening but to do so cautiously. He expects to allow hospitals to begin non-emergency elective procedures again soon, for example. Loosening of other restrictions will happen over the coming weeks.

If you hate the stay-at-home order and want everything to re-open ASAP then Texas is one of the best states for you. The stay at home order expiry is lapsing entirely. Starting May 1st, businesses can reopen. That includes museums, libraries, movie theaters – you name it.

Washington is re-opening certain industries such as construction.

Despite the partial reopening in some states, and the stay-at-home order expiry in the other states above, half of the states in the US currently continue to shelter-in-place. The following 25 states are all currently shut down or very restricted:

Pay Attention to Your Local Rules

It’s important to understand that this information changes regularly. Additionally, each state is developing its own plans for reopening. Moreover, certain cities or regions within a state may have rules that differ from other parts of the state.

For example, here in California, Governor Newsom just announced that he will be closing down all beaches and parks throughout the state due to people’s failure to comply with socially distancing regulations in those places. He has suggested a four-phase plan for reopening everything here in California, a plan that begins with opening some schools and childcare facilities and ends with one day, at least several months into the future, allowing large gatherings again. Meanwhile, the Bay Area just announced that we’ll be relaxing some restrictions beginning May 4th. At that time certain outdoor businesses, such as landscaping and construction will resume.

In other words, just because a state on this list does not have a stay-at-home order expiry, yet, doesn’t necessarily mean that every single part of that state is shut down. Be sure to follow the latest news in your specific city, county, and state to best understand the rules and regulations where you are.