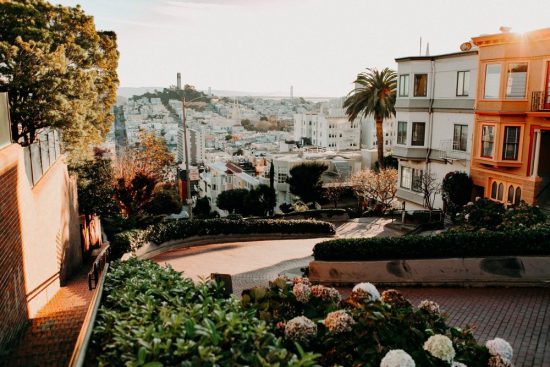 I have lived in my San Francisco apartment for nearly a decade. It’s a great spot with a lot of light, in a walkable location, and my neighbors are wonderful. However, it has a few problems with it, and I’d love to have a place with a yard for my dogs. Therefore, I frequently think about moving to a new spot. It just hasn’t been realistic due to consistently rising apartment costs. Then COVID-19 hit, and it has me wondering – is not a good time to make the move?

I’ve been eyeing the changes in the San Francisco real estate market (both buying and renting) just out of curiosity. I like to keep up with things like that where I live. And San Francisco has always been a fascinating market to me. It doesn’t typically have the ups and downs of other real estate markets. Prices go up and up. But an increase in housing construction combined with a recent outflow of people due to. COVID-19 means that the real estate market is actually changing a lot here in ways I haven’t seen since moving here.

COVID-19 put a lot of people out of jobs. Of course, many tech jobs were safe because those people were able to easily work from home. But all of the people working in restaurants and bars and retail and so many other businesses have been out of work since things shut down in March. And even though things are starting to re-open, it’s slow and there remains a lot of job loss.

How San Francisco Reacted to People Unable to Pay Rent

I’ve been lucky in that I can continue to pay my rent. My understanding is that people who were unable to pay rent were allowed not to thanks to an eviction moratorium. However, all of that back rent adds up, The rent isn’t canceled; it’s just delayed. What repayment looks like seems unclear at this time, as we are still in the midst of the pandemic effects. But rent here is exorbitant, and people who can’t pay one month will find it difficult to catch up on back rent when that time comes due.

Many San Franciscans Up and Left

I’ve noticed quite a few U-Haul trucks in the city lately. Therefore, I wasn’t too surprised when a new article came out emphasizing that a lot of people are packing up and leaving the city. Many of these people are just breaking their leases and heading out of town. According to the San Francisco Chronicle, one in thirteen city renters have broken their leases since coronavirus struck.

Here are some facts according to this article:

As a result of all of this, renters have an upper hand right now in a market where that is rarely the case. In the past, if I planned to rent a new San Francisco apartment, here’s what I would expect to do:

In other words, it is a competitive market. I would go in assuming that I would have to woo the landlord. In contrast, right now, landlords are wooing new tenants. In fact, I’ve seen something happen here that was common in my Arizona hometown but I’ve NEVER seen it in San Francisco: apartment buildings are offering the first month of rent for free!

Why Would I Want to Move to a New San Francisco Apartment?

There are a lot of things that are so great about this apartment. Honestly, most of the time, I love the place. But there are some really strong reasons that I’ve considered moving:

So, there are some decent reasons to move. None have been motivating enough to date. I pay a low price for the city since I’ve been here so long. I think it’s amazing to have the terrific neighbors that I do. Moreover, I wouldn’t be able to afford a place with a second bedroom anyway so that reason is a moot point.

More than anything, it’s just a “grass is greener” thought that happens from time to time. So I suppose that I’m not overly motivated to move.

Although there aren’t strong reasons to make a move, the San Francisco rental market situation definitely has me considering the possibility. It seems easier than ever before to actually qualify for a place as a renter. Plus, with landlords feeling more lenient, it’s less of a problem to apply for a place with my two large dogs. In the past, apartments have said “no thanks” because they have their pick of tenants but that’s just not the case right now. So I could possibly get a place I love more, with a yard for them, at a reasonable price.

All of that said, the reality is that rents are still high in this city. They may be lower than in the past, but they aren’t low. I’ve had my place nearly a decade, and the landlord is only allowed to raise the rent a small percentage each year. Therefore, I pay less than $2000 per month for a one bedroom place in a popular neighborhood. Looking at it realistically, could I get something better for the same or less? Probably not.

The Chronicle reports that rents are down somewhere between 9% and 15% since last year. However, rents had been climbing year upon year for a long time. So those rates are still much higher than I currently pay. As Curbed reports, the average price for a one bedroom apartment rental dropped from $3700 to $3360 per month. That’s still a lot more than what I’m paying for my place.

The one caveat is that every now and then my partner and I discuss what moving in together might look like. He has a studio and I have my apartment. We could definitely pay less combined if we moved in to a one-bedroom place together. And we could likely still pay less even for a two bedroom (which is likely the only way we would consider it anyway). But it’s early in our relationship. And while it’s common for people in San Francisco to move in with each other quickly precisely to save on rent; I’ve also known far too many people who ended up stuck living with a ex for a long time because moving out was too expensive here. So I’m not sure either of us wants to make that move just yet.

It’ll be interesting to see what happens with the San Francisco apartment rental market in the year to come. Do you have any predictions?