"With money in your pocket, you are wise and you are handsome and you sing well too." - Yiddish Proverb 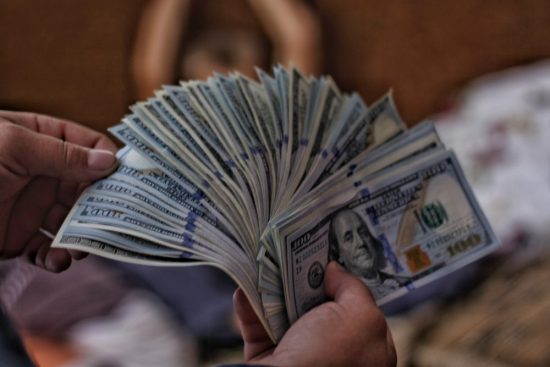 I mentioned recently that I had been wondering where my stimulus check was? I ended up receiving it in the mail. Apparently since I file my taxes through TurboTax, the government didn’t have my direct deposit information on file. I was grateful to receive that stimulus money. However, I live in the state of California. That money is already long gone. Here we are in a new month and, like many people across this nation, I’m wondering if we are going to receive another payment.

Stimulus Money Goes Further In Some States Than Others

As most of you are well aware, the government issued stimulus money for many citizens in response to the COVID-19 financial challenges. Individuals earning less than $99,000 (or couples earning less than $198,000 combined) were eligible to receive the first round of stimulus money. The amount was $1200 for many people with a smaller amount for those earning between $75,000 and $99,000. Parents received additional small payments per child.

I am grateful that I received that $1200. There are some people who still have not received that first stimulus check. I was lucky to get mine. I needed it for bills. But the fact is that $1200 goes a lot further in some places than in others. This money is supposed to help people pay their rent and other bills. My rent for my one-bedroom San Francisco apartment is nearly $1900. That’s a lot lower than it would be if I had moved into my place more recently; I’ve got rent control in a spot I’ve been in for over eight years. Nevertheless, you can do the math. $1200 in stimulus money left me $700 short of rent. It certainly didn’t leave anything for other critical bills.

The States Where Stimulus Checks Stretch Most and Least

I am fully aware that I live in one of the most expensive cities in the country. In fact, the cost of living is high across the whole state. In a report from USA Today, California ranked second in a list of places where stimulus money goes the least far. Other states where a $1200 stimulus check doesn’t even cover the average rent or mortgage payment include Massachusetts, New York, New Jersey, and Hawaii.

In states where rents are lower, people can get by better with the $1200 (or $2400 for couples plus $500 per child). The five states where stimulus checks will stretch the furthest are Mississippi, Arkansas, Oklahoma, West Virginia, and South Dakota.

Will Americans Get More Stimulus Money?

The government acted quickly in the face of COVID-19 to get billions of dollars in checks out to American citizens. But, as the numbers above suggest, it might not be enough. Many people, particularly in states where the money doesn’t stretch so far, aren’t sure how to keep paying the bills. In states that continue to shelter-in-place, a large percentage of people simply can’t go to work. That leaves a lot of us wondering if Americans are going to get more stimulus money.

Chances Are That Yes, We Will Get Some Type of Help

There is a lot of conflicting news about whether or not we will receive additional stimulus money. Lawmakers are extremely divided about if, how, and when to release a second stimulus check. That said, most reports indicate that some type of additional assistance is likely in the near future.

Just what that looks like remains unclear. Generally speaking, Democratic leaders are in favor of issuing more stimulus money and doing so quickly. In contrast, Republican leaders are calling for a slower approach, releasing less money perhaps to fewer people. Overall, it’s starting to look like the next round of assistance may take a form other than a direct check to Americans.

Suggestions on the Table for More Stimulus Money

Here are some of the suggestions lawmakers are considering when it comes to giving Americans more stimulus money:

Two different proposals exist that would give Americans earning less than a certain amount the right to receive $2000 checks every month:

Many Americans would love to see these suggestions enacted. However, as of the writing of this post, Republican leaders aren’t on board with giving out this much new stimulus money. In fact, they don’t want to give out direct stimulus checks at all. Therefore, these monthly checks seem increasingly unlikely.

Increasingly it seems that the conversation is turning towards expanding other aid programs including money from the federal government to the states. Even the Democrats are turning their attention to the immediate need for further assistance with food stamps and unemployment funding. Many argue that this money is as critical, if not more so, than a second stimulus check. Moreover, it’s likely to receive more support from Republicans than a call for more direct stimulus money.

What to Do While We Wait to Find Out More

Things are up in the air right now. We simply don’t know if we are going to get more stimulus money. We can’t count on it. So, what should we do in the meantime? If you are struggling to make ends meet during COVID-19, review all of your options for relief. Check with your lenders about mortgage forbearance, skipping a month of payments, and other hardship options. If you qualify, apply for unemployment assistance and food stamps. Hang in there. The lawmakers are working on it, despite the fact that they are divided on how to proceed.