I have struggled with chronic, recurring major depression. So, I know firsthand that mental health issues can impact finances. In other words, mental health challenges not only cost us money, but they also affect how we deal with money. Different conditions can impact people’s saving and spending in their own unique ways. Awareness of those challenges can help us to manage our finances better, despite the challenges. 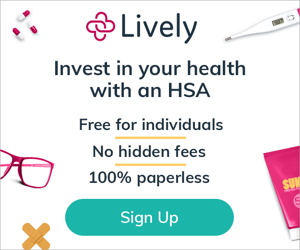 The Cost of Mental Health Issues

Before we delve into how each diagnosis affects a person’s experience of money, it’s worth noting that mental health issues, in general, affect people’s finances. Dealing with those challenges can be costly. In my case, I needed weekly therapy as well as medication to get through the worst of times. Whether or not you have health insurance, those costs can add up.

Moreover, I needed things that can’t quite be tallied up in exact dollars and cents. For example, I needed a strong support system, which meant that I needed to put in time with friends. Until I learned how to structure friend time around cheap and free events, I spent a decent amount of money on meals and movies together. I don’t regret the cost because it helped build the connections.

I also needed a healthier diet with a focus on nutritious foods. Again, I’ve found ways to cut those costs over time, but buying healthy foods started as an expensive adjustment. Nevertheless, it was wholly necessary for my mental health. In the beginning, I also needed regular yoga classes, because that was the only way I could get my body moving. These days I can do yoga at home and take walks for free, but in the worst periods of depression, I needed to pay for classes to motivate me to go.

Each person finds different things that they have to pay to have strong mental health. People with specific mental health challenges each need their unique combinations of treatments, resources, and quality-of-life purchases. For example, I don’t do well living with other people, so I have to find a way to afford to pay to live on my own. Other people are in the opposite boat; living with people saves them money but also helps their wellbeing. Each person is different, but there is no denying that there’s a financial cost to starting and maintaining mental health treatment.

Each mental health issue requires its own treatment. More than that, though, a specific issue can cause a person to deal with money in unique ways. It’s not just the cost of treatment; it’s that the condition affects one’s ability to earn, save, and spend money. Depression often particularly affects people’s ability to earn money. If you don’t feel like you can even get out of bed to take a shower, how are you going to drag yourself to a job? If you do manage that, how will you be productive once you are there? Many people with depression end up losing time at work or quitting work for a period of time all together because it’s just too hard.

Depression isn’t just one condition. We’re learning more and more about this every day. For now, we at least understand that depression exists on a spectrum. At one end is ongoing major depression, also known as unipolar depression. At the other end is bipolar depression, previously called manic depression. There are many different forms of depression in the middle, each of which may impact finances in its own way.

When you think of a classic stereotype of depression, you’re thinking about unipolar depression. It’s characterized by a lack of interest in things and a constant “depressed” mood. Additional symptoms include changes in eating and sleeping (typically overeating and nighttime insomnia combined with daytime hypersomnia), inability to concentrate, and thoughts of suicide and death. Clearly, this kind of depression impacts your ability to earn money. If you don’t even want to live, how can you care about working? If you can’t concentrate or remember things, it’s pretty hard to be productive at work.

Often, people with depression will lose time at work. Not only does this impact earning, but it also impacts saving. I, personally, had to dig into my savings and get loans to be able to pay for my treatment and other needs. I was able to maintain part-time work, but I just wasn’t as productive as I am when I’m at my healthiest, and my depleted savings account reflected that at the time.

As for spending, depression didn’t drive me personally to change my spending much. However, it greatly impacted my emotions around spending. Depression eats away at self-esteem and provokes a lot of shame and mental rumination. I thought a lot about my spending, about my inability to earn well or save money, and most of my thoughts were self-shaming. Of course, that only worsens depression. It’s a bad cycle. I had to learn to be gentle with myself about money as part of my process of getting out of depression, which was the only way I could get back on track with earning and saving money.

Bipolar depression is characterized by mania. There may be periods of depression, which can affect finances in the same way as unipolar depression does. However, there are also manic periods, during which a person might feel euphoric, giddy, or anxious. They may experience delusions of grandeur or get unrealistically excited about a major project.

Bipolar depression specifically affects spending. In manic phases, people may engage in impulsive, reckless behavior. Gambling, buying and using drugs, and binge shopping can all lead to financial ruin for people enmeshed in a manic period. Of course, when people are doing those things, it can also impact their job security, which could also affect earning money. Likewise, manic periods can cause problems in some housing situations, and changes in housing can have financial repercussions.

Some people don’t engage in obviously reckless behavior like this. However, their delusions of grandeur can lead to high spending. For example, someone who has a brilliant idea for a new invention might quit their job and take out a large loan to fund that idea. When the mania passes, the idea fades, and all of that spending was for naught.

People with both unipolar and bipolar depression may have disorganized finances. During depressive periods, it’s easy to become overwhelmed by money. Therefore, you might not want to deal with it at all. This can lead to failure to pay bills, using high-interest credit cards because you don’t want to deal with switching and other similar issues. In manic periods, you might just not care about that stuff, racking up bills without attending to paying them.

Invest in your health with an HSA. Open a free Lively HSA and start saving today.

Depression is just one type of mental health issue. Each type affects finances in its own way. Some other examples include:

Of course, these are all just examples of how mental health issues might impact finances. Everyone’s symptoms are different, as well as how they handle those symptoms. Someone with major depression, OCD, or another condition can still hold a successful high-powered job. Just because you have mental health issues doesn’t mean you’ll have financial challenges. Certainly, you can’t assume that someone else will have specific issues because of their condition. However, if you deal with mental health issues, it can be helpful to know what some of the common money issues might be so that you can keep an eye out for them in your own life.