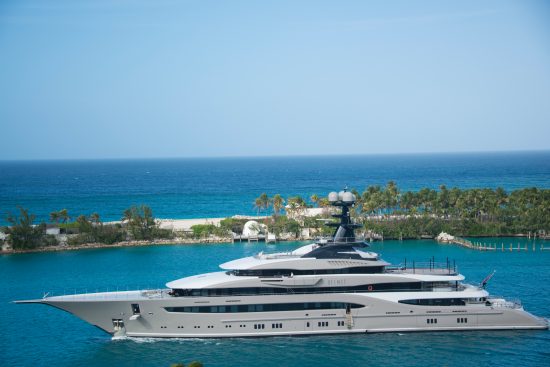 I used to think social class was directly tied to wealth — if you were rich, you were upper class; if you were poor, you were lower class. If you were neither rich nor poor, you were middle class. Of course, even then I had a sense that because “rich” and “poor” are such relative terms, a rich person has more money than I do, a poor person has less, that most of us think of ourselves as middle class even if we’re not.

My parents own a home in a retirement community in Florida. The people there dress down, get involved in all kinds of activities — everything from a kitchen band (whose members play utensils like instruments) to a rowing crew — and are generally pretty friendly. You might consider them middle class, but many have accumulated more wealth than the average American, and they maintain two homes, one in Florida and one up north.

Once when we visited my parents, my husband and I drove to a nearby community (also inhabited mostly by retirees) for dinner. The entire atmosphere there was different. Everything about the neighborhood shouted, “Upper class!” The buildings were fancier, the clothes dressier, and the people not as friendly. My parents’ neighborhood has several athletic courts, a community building, and boat docks; the other community boasts several blocks of restaurants and boutique shops. As we strolled down the streets, where I felt a bit uncomfortable in my middle-class clothes, it struck me that many of the people who lived there could have a lower net worth than my parents and their neighbors. They might be upper class, but they are not necessarily wealthy — in fact, they could be deep in debt.

Social Class is More Than Just Your Net Worth

I finally realized that social class is not just about how much money you have, but also about how you spend your money and how you present yourself. Earning a high salary is not enough to break the bonds of social class, nor is winning the lottery. Those who are born to the upper class have the advantages of being taught from infancy upper-class social skills and vocabulary and of being surrounded by the things (clothes, furnishings, etc.) that signify good taste. Anyone who wants to be a part of the upper class, but is born in a lower class, must be a sharp observer who can understand and imitate the social graces of the upper classes. (Incidentally, those of us in the middle and lower classes also learn the social skills, vocabulary, and tastes of our respective classes, but few people try to imitate us.)

Class and wealth are closely related, and it’s unlikely that someone in the upper class is broke or that someone in the lower class is a millionaire. If you knew that Bill had $10 million net worth and Bob had $10 net worth, you could probably guess which class each belonged to. However, Bill might wear his hair in a mullet, decorate his home with velvet Elvises, and invite all his friends over for NASCAR parties, while Bob makes a high salary but spends it immediately to pay the mortgages on three homes, a vacation in Europe, and new Dolce & Gabbana suits.

A reader commented that looking poor may prevent you from socializing with wealthy people, who can help you increase your own wealth. This argument has some merit. Appearances and actions do mark us as members of a particular social class and, in some sense, actually make us part of one class or another. However, not all wealthy people are part of the upper class, and not all upper-class wealthy people will refuse to socialize with you just because you are not wealthy or upper-class, as well.

Many middle-class people and even some lower-class people have accumulated a great deal of wealth. Socializing with wealthy people of the class in which you feel comfortable can be of more benefit to you than trying to fit in with a group of people who not only make more but also spend more than you do. Middle-class, wealthy people have contacts who can help you find a better job; they also know how to save and invest the money they do earn. Advice from them could be even more valuable than advice from someone who spends their income on all the trappings of the upper class.

I often wonder why so many people think upward mobility is a goal worth the effort. To fit in with the upper class, not only would I have to learn how to act differently from the way I grew up, but I would also have to spend a lot of money on the right clothes, the right car, the right home, and the right education. And even if I do learn to fit in with members of the upper class and benefit from their wealth-gaining insight, I still might not be able to increase my income enough to cover the extra expenses.

Why Do People Overspend On Upward Mobility?

Juliet B. Schor, in her book The Overspent American

, argues that we spend more money on socially visible goods, largely because we fear “falling down” to a lower class. Ironically, overspending almost guarantees that we will fall if we lose our source of income. If we already spent all our money to buy prestige, we would have nothing left to buy necessities. I wonder why we don’t fear climbing up the social ladder instead. After all, it costs a lot to live like someone in the upper class. Plus, moving into a new social class requires a new way of presenting ourselves, and when that happens, there’s no guarantee that we will still feel comfortable with our old friends in the social class where we used to be at home.

I’m not arguing for a caste system. I certainly believe we should be free to move from one social class to another, and I enjoy interacting with people from all social classes. I also have nothing against anyone whose goal is to be part of the upper class. But I, for one, am happy in the middle class. I’d rather maintain my position here, where I already feel comfortable being myself, and maybe one day I will have enough money to retire to a nice, middle-class retirement community in Florida.