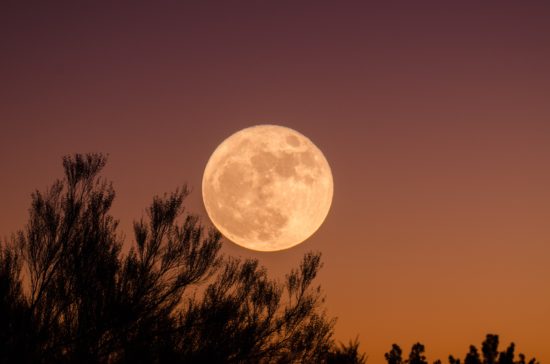 If you are a regular watcher of the sky, you know there will be a special event at the end of this month. What people are calling the Super Blood Moon will appear early morning on Wednesday, January 31. Individuals living in the western part of the United States, Alaska, and Hawaii will all have good visibility of the lunar event.


About the Super Blue Blood Moon

Not someone who follows lunar events but would like to see what a Super Blue Blood Moon is, exactly?

In the case of January 31st’s supermoon, all three of these events are occurring at one time, which is why it is being called the Super Blue Blood Moon.

How to See the Super Blue Blood Moon

As mentioned above, the lunar event will not be visible to everyone. Some areas have better visibility than others. However, if you are going to attempt to view the eclipse, the best times to do so are below:

Those on the West Coast of the United States, as well as residents of Alaska and Hawaii, will have a great view of the event from start to finish. For those on the East Coast, seeing the eclipse will be more difficult. If you want to try your luck at viewing the eclipse, it begins at 5:51 a.m. EST.

Experts say that those living on the East Coast may have a better chance at viewing the Super Blue Blood Moon around 6:45 a.m. EST if they are able to get to a high place. Find a spot where there is a clear view of the horizon. Around 6:48 a.m. the moon will take on a reddish tint at the horizon. However, individuals in the east won’t have the show people on the West Coast will have.

If you live in an area that goes on Mountain Standard Time (MST), the best time to view the Super Blue Blood Moon will be between 6:30 a.m. and 7 a.m.

For those living in the western part of the U.S., you will have an entire hour to view the lunar event. The eclipse will begin while most people are still in bed at 3:48 a.m. At 4:51 a.m., totality will begin. Between 5 a.m. and 6 a.m. Pacific Time will be the best time to view the eclipse. The moon will begin to set shortly after 6 a.m.

What If You Miss the Super Blue Blood Moon?

These viewings are all weather permitting, of course. There is always a chance that bad weather may prevent you from being able to see the lunar event.

For those who miss the January 31 event, for weather or sleep, you’ll have to wait almost an entire year to see anything like it again. The next supermoon that will be visible across the U.S. won’t be until January 21, 2019. It won’t be a Super Blue Blood Moon though. So, if you’re eager to check out next Wednesday’s early morning sky, set your alarm early!

Do you wake up early or stay up late for astrological events? Will you be waking up for the Super Blue Blood Moon?