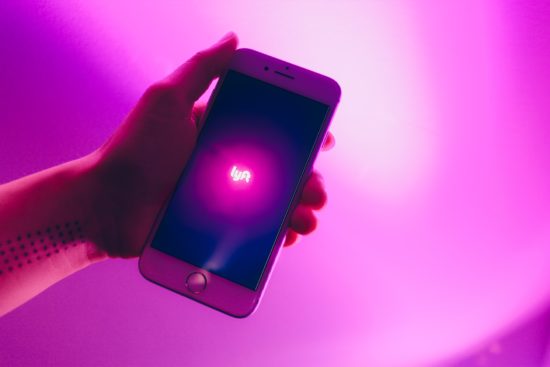 Shares of Lyft IPO increased on Monday after analysts predicted a Lyft profit by 2021, compared to the initial prediction of 2023. This made shares of the company jump by 4.3 percent.

The analysts’ report helped ease some of the concerns of interested investors because, since debuting on the market, Lyft has sustained some pretty serious losses. Shares have fallen almost 30 percent since March. On top of that, Lyft has not proven itself reliable when it comes to competing with Uber and other rivals. These factors led analysts to believe it would be 2023 before the company saw a profit.

Lyft, however, has stepped up and begun making an effort to profit sooner rather than later. Lyft Financial Chief Brian Roberts mentioned fare increases in certain cities in June. There has been no further information regarding how much fares were increased or where though.

Analysts predict the company’s annual losses will decrease in the next few years. Predictions state that losses will go from $911 million this year down to $24 million by 2024.

“We are raising estimates, putting us significantly ahead of consensus,” the report stated. “The main driver is assumed price increases, with limited impact on demand.” Lyft executives have a target price on shares of $60. It closed at $51.21 on Monday.

Surprisingly, Uber isn’t doing much better in the market. Shares are down 26 percent since May (compared to Lyft’s 30 percent decrease). Both companies are having issues with transparency since going public though.

Mainly, people are concerned about ride-sharing safety as well as the rights of individuals driving for Uber and Lyft. Both have begun to take a larger portion of each driver’s fare in recent years. Neither company has reported accurate earnings from this. Jalopnik surveyed Uber and Lyft drivers to see how much they’re really taking.

According to the drivers, Uber is keeping about 35 percent of every fare. Lyft keeps around 38 percent. Neither claimed those numbers in public reports. Uber claimed to only take 19 percent, while Lyft does not publicly share their rates at all. That’s not to say you can’t make decent cash with these ride-sharing apps (see video below).

Despite these controversies, both companies are excelling. Millions of people use Uber and Lyft daily. While the apps aren’t going anywhere, it will be interesting to see how these IPOs perform in the near future.

Readers, what do you think about Lyft profit potential? Will the company see profit before it sinks on the market? 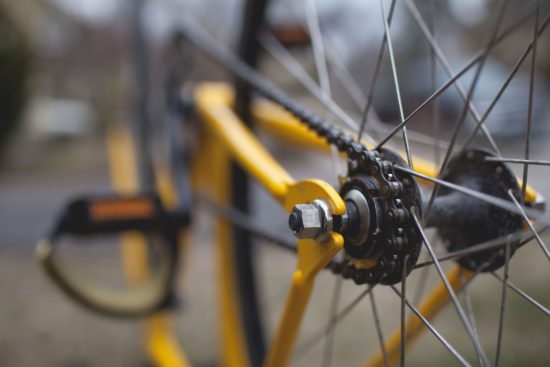 Ridesharing has turned into a billion-dollar industry within a decade, and more recently has expanded to include two-wheeled transportation in metropolitan areas. So is there a better bang for your buck in motor scooters or bikes for ridesharing?

Let’s back up for as second: When people talk about ridesharing with respect to cars, this can refer to the competitors to taxis along with the entities that are giving car rental services a run for their money.

But when the sharing involves bikes and motor scooters, it refers to services following the same general model as companies that rent out cars by the hour — like Zipcar, GetAround, Turo, and Maven. In some cities, you might spend just $8 an hour to rent one of these vehicles, enjoying cost savings from not having to commit to having the vehicle for a full day.

That same amount of time renting a bike or motor scooter can cost a lot less, but not always. The ridesharing versions of motor scooters and bikes usually cost less than what you would pay to rent a comparable vehicle for a full day. You don’t even have to rent them for a full hour at a time — it’s possible to do it in smaller increments and pay as you go.

Motor Scooters or Bikes for Ridesharing

Ridesharing bike companies have been pedaling around a bit longer than those in scooter space; that means there are more providers to choose from and they’re operating in a lot more markets.

So far, the bike sharing players include: Ofo, which has fleets in 250 cities and 20 different countries; Motivate, which has bikes in eight U.S. cities; and Waterloo, WI-based B-Cycles, which has 35 U.S. cities.

Then you have so-called smart bikes, which are a step below motor scooters, but not necessarily motorized bicycles — meaning the vehicles have wifi capabilities that tap a 3G networks to provide GPS for navigation. However these vehicles don’t need docking stations like motorized bikes and motor scooters do.

The motor scooters available in the U.S. companies include San Francisco-based Scoot and Los Angeles-based Bird. A number of the companies offering bike sharing are also planning to roll out motorized bicycles in the not-too-distant future.

Like their ancestors in the car version of ridesharing, the companies over several different pricing plans for you to choose from and rates that vary from one market to the next based on localized supply and demand plus relative cost of living differences.

Although Motivate’s metropolitan areas with the highest cost of living are San Francisco and New York but the company’s highest prices are in Miami, of all places. Plus some of the cities have single-ride pricing while others only price it by day or annually. Here’s a breakdown of Motivate’s pricing in half a dozen cities, each of which has its own brand through partnerships with local government.

Here are four other points of comparison to consider: 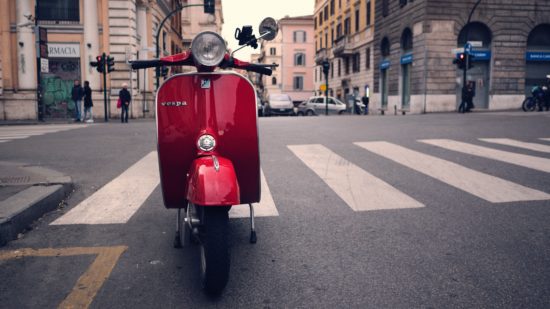 Since the motor scooters only appear to be available in a couple of markets on the west coast, there’s technically less to tell about the exact pricing details. So far operating only in San Francisco as of this writing, Scoot costs between $3 and $5 for the first half hour. After that, it costs 10 cents per minute. By contrast, Bird — which is in both Los Angeles and San Francisco, charges $1 up front plus 10 cents per minute.

Here are a few other considerations about motor scooter ridesharing:

Although getting around on two wheels is huge outside the U.S., domestically the companies are still working hard at getting more people to use the vehicles in different communities. This type of transportation is still a work in progress, and that’s something to keep in mind while you weigh whether to try ridesharing bikes or scooters.

Which ridesharing services do you prefer, readers? And have you tried the ones involving bikes or scooters — if so, what was your experience? 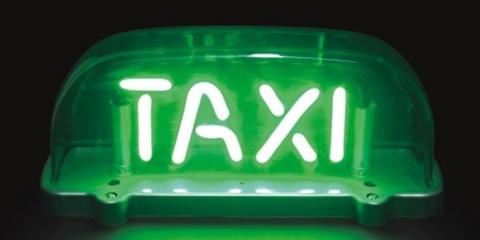 One of the most lucrative nights of the year for Lyft and Uber drivers — and one of the most expensive for riders — is coming up this weekend. And even a couple of localized St. Patrick’s Day ridesharing discounts barely make a dent in surge pricing during the holiday.

Both Lyft and Uber‘s surge pricing strategy kicks in whenever demand for rides outpaces supply. This system can make fares get a little bit pricier during rush hour but tends to make them skyrocket during large festivals and holidays.

In fact, surge pricing can result in up to double the fare you would otherwise pay during normal hours. That’s what makes so-called discounts on St. Patrick’s Day ridesharing turn out to not feel like a discount at all.

That said, Lyft customers in the greater Phoenix area get 20% off of two rides during this weekend, thanks to a partnership with the Maricopa County Attorney’s Office that aims to minimize drunk driving incidents.

New customers in the area can download the app and receive $5 off their first four rides by using the promotion code BELUCKY. Lyft’s usual offer for new riders gives $5 off two rides with the use of the code NEWUSER10.

Meanwhile, $5 Uber discounts in the greater Memphis area are being financed by Hamilton Law Firm which is limiting availability to between 10:00 pm and midnight on March 17, not the entire weekend like the Phoenix discount.

Also distinct from the Phoenix discount: The law firm asks people to fill out a form on its website in order to receive the discount code.

Whether you live in one of the markets that has a discount available or not, there’s another way to save on the fare: choose the carpool versions of ridesharing — Lyft Line and UberPool.

Take a Taxi Instead

But even the pooled rides get more expensive as a result of surge pricing, so you might want to try taking a cab instead. Taxis usually don’t ratchet up their fare meters on holidays.

Although it might be challenging to find available cabs on the holiday known for heavy drinking — especially when it falls on a weekend like this year — once you get into a taxi, it can seem like a relief compared to the alternative.

Here’s one reason why a cab will be nicer than doing Lyft Line or UberPool: You probably won’t know your fellow passengers in a carpool situation, and on a night like St. Patrick’s, one of these strangers just might barf on you in the vehicle. In fact, a veteran driver for ridesharing services advises his colleagues to stock up on vomit bags before signing on that evening.

Know that the surge pricing on holidays like St. Patrick’s Day last longer than during times like rush hour. When it’s not a holiday or major festival, a period of surge pricing can last an average of five minutes, according to research put out by Northeastern University.

In those situations, you can save money simply by waiting for the surge pricing period to end, although that option won’t work if you’re in a rush. It also won’t pan out on a holiday like St. Patrick’s Day, but you could always try it and see if anything changes.

Readers, what do you have planned for St. Patrick’s Day? What has your experience been with surge pricing on ridesharing service?


Read more about St. Patrick’s Day in our archives: