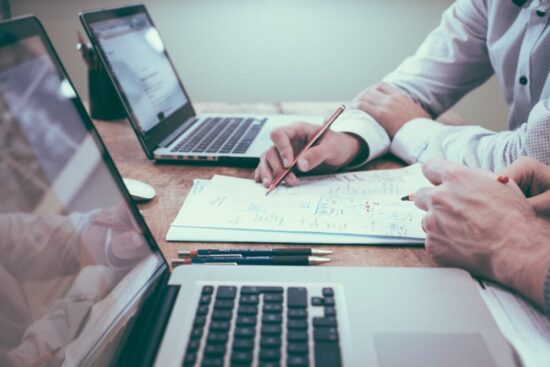 One of the smartest things that you can do for yourself is to hire the right professionals to advise you in life. For example, when it comes to money matters, you want to get advice from people who are skilled in personal finance. However, did you know that there are different types of financial advisors? You want to make sure that you hire the one that best suits your needs. To get you started, here are 5 types of financial advisors that you should know about:

These types of financial advisors assist you in planning out all aspects of your finances. Therefore, if you need assistance with budgeting, saving, and planning for your financial future, then you might want to start here. After all, if you don’t get those basics down, then you’re going to have a hard time with more advanced financial activities. Getting the right professional to assist you with really laying that foundation can go a long way towards improving your financial world.

Maybe you feel like you already know what you want to know about financial planning. You have a strong budget, you’re paying down your mortgage, and you have a retirement plan. However, you want to make more money through investments. Obviously, investing offers a lot of options like the Motely Fool. Why not hire someone who is able to help guide you through those options? After all, if someone else has an in-depth understanding of how you can meet your investment goals, it’s only smart to take their advice. These types of financial advisors like the Motely Fool , therefore, are quite popular.

Do you feel like you’re not quite getting the most out of your taxes? Or perhaps that you’re not getting the details right even though you file regularly? Then you might be interested in the types of financial advisors that help with that. Look for a planner or advisor who offers tax advice. This is particularly helpful if you’re an independent contractor or own your own business. In other words, if you have a more advanced tax situation than the average person, a professional can help you out. You may work with a tax advisor or a general accountant to meet these goals.

Sometimes you need someone specifically to advise you about the legal issues related to your finances. For example, look at this option when you’re doing estate planning, setting up a living trust or will, or otherwise making contract-based decisions for your future. These are the times when you want an attorney to advise you.

Many of us have underlying emotional challenges or psychological beliefs that negatively impact the way that we handle money. In particular, this can lead to money problems in our relationships. However, it can truly impact all aspects of our financial lives.

Therefore, you might find that the professional that you need is a therapist. There are therapists out there who specialize in assisting you in working through your money challenges. If you feel like you have the practical advice down, then you might need one of these more outside-the-box types of financial advisors.

You are only young once, and that is a good thing — not only for parents and children, but for everyone else, too. Last year, one of my sons went to Boston for the summer to study creative writing. The program was designed to give him a taste of college life and living away from home before it was actually time for him to go away to school “for real.”

Before my son left for his three week program, I cautioned him (really, I gave him an emphatic instruction) not to get his ear pierced. That had been an on-going discussion in our household and I had based my instructions on (i) his high school’s prohibition of ear rings for boys, (ii) my concern that any place that would pierce a minor without parental consent would probably be less than hygienic, and (iii) my sincere belief that he should not pierce any part of his body until he reached adulthood and could consider the longer term implications of piercings, tattoos and other modern primitive adornment.

To make a long story short, he returned with a pierced ear and an infection that was attributed to the piercing. Lesson learned and, fortunately, there was no long term damage.

Pierced ears are not all that radical, I know, and piercings can be concealed. There are not many long term risks associated with them. Start piercing other parts of the body, especially visible parts of the anatomy, or start covering your body with tattoos, however, and there are long term ramifications.

Yesterday, for example, I went to lunch with another lawyer. We were dressed comfortably but professionally. Our server was dressed in what seems to be the obligatory black uniform of hair stylists and restaurant servers everywhere. She was very polite and otherwise appeared professional, but for the mere fact that almost all of her exposed skin (both legs, both arms and the exposed part of her torso at the neck line) was covered in tattoos. She could not have been more than 24 years old and her body was completely illustrated.

My friend and I both commented that we could not anticipate a day when professionals would be accepted if they were covered in tattoos. Neither of us would feel good about a doctor who had covered his or her body in tattoos and we could not think of a single lawyer or accountant we had ever met who was similarly decorated.

Perhaps we were just showing our age, but we both agreed that our young server had greatly limited her employment options by covering herself with tattoos. That is a shame, really. She seemed quite intelligent and articulate and, in reality, body art has nothing to do with ability. Unfortunately for her, however, most customers and clients want a less over the top appearance in their professional advisors. In a difficult economy, none of us has the luxury of eliminating potential jobs or customers from our respective futures, but I really do believe that tattoos, piercings and other “modern primitive” lifestyles do just that.

When I brought this up at dinner last night, my son suggested that people should be able to do what they want with their bodies — not a surprising perspective coming from a teen, and not one with which I disagree for the most part. The right to do something is entirely different from the prudence of doing it. I suspect my son is starting to recognize that, too. When I told him that he should wait until he is thirty to get a tattoo so that he will know what career he will be pursuing and whether a tattoo would harm his professional development, my son responded “But if I wait until I am thirty, I won’t want a tattoo on my body anymore.”