It is the day before the Super Bowl. You are gearing up for what is likely to be the biggest and best party you’ll throw until next year. You are gathering together chips, dips, pre-ordering wings and pizza and, of course, buying beer (or making a bulk alcoholic punch). It’s the American way. However, what you shouldn’t be doing is allowing yourself to buy literally EVERYTHING for the party. It is totally acceptable to charge a fee or ask for contribution for your party and here’s why:

For big events like the Super Bowl, many bars and other places charge entrance. You shouldn’t allow your friends to come over without contributing. This doesn’t mean you have to charge them at the door (though some people do), but you should ask them to bring something to eat, or at least bring their own drink (especially if they are drinking alcohol).

Charging People to Come to a Party

It isn’t unheard of to charge people entrance fees to a party, especially if you spent a bit of money trying to get everything prepared. A standard fee for a party is about $5. Of course, you wouldn’t be asking people to bring anything if you are charging them an entrance fee, however, it can quickly add up. For instance, if you have between 20 and 30 people attend your party, you can receive $100 to $150 of what you spent back.

Celebrating the Game is Expensive

Last year, the average American spent $78 celebrating the Super Bowl. That is a lot of money. You, as a host, shouldn’t have to pay all of it either. If everyone who attends the gathering contributes something, each person will spend less overall. Even if it is only a single bag of chips, that is still $3 or more that you are not spending.

BYOB and BYOD is totally common. Plenty of people throw parties and ask their guests to bring their own beverages. This is because one of the most costly items for any party is alcohol. Whether you’re making a alcoholic punch or you’re buying a keg, it is costly. It is also 100 percent acceptable to ask people to pitch in for alcohol.

If you get your party catered, you should ask everyone to put money in on the food. For example, if you order pizza, it is acceptable to ask each person attending for $5. You are hosting and providing food, drink and snacks as well as environment so don’t feel awkward about asking for a little help. Also, catering orders for wings from places like Buffalo Wild Wings can get expensive (even making wings is expensive), so asking your friends to help out is okay.

Don’t worry, it isn’t tacky, it is pretty common. If you don’t want to bare the burden of the cost of your Super Bowl party, you don’t have to. It’s 2016 and you can ask people to chip in or charge entrance to your house party and it is okay!

As much as females across the globe love a good Pinterest find, we often find ourselves falling short when it comes to actually creating those adorable crafts we pinned to our “Party Planning” boards. But, we think we found a few DIY’s for this Sunday’s Super Bowl party you [hopefully] can’t mess up. Finish off your decor with a few streamers or tulle from the Dollar Store or Party Store hanging from the arches of your home, and you’ll be set for guests to really feel ready for the big game. 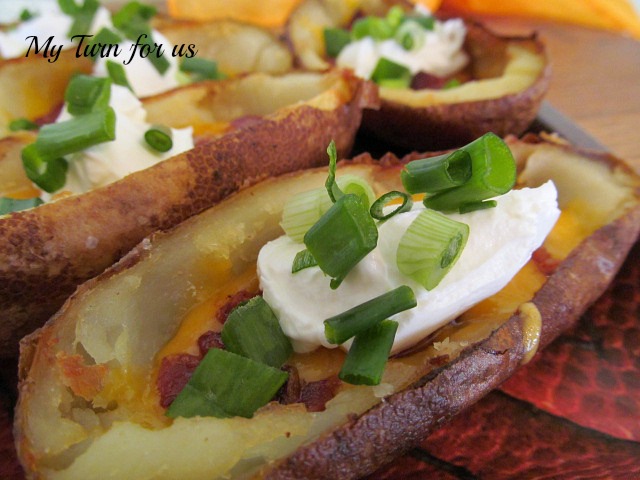 Pigs in a blanket, buffalo chicken dip, fish tacos and football cookies are all other options that may help you serve in bulk on a budget.

All in all, the purpose of having friends come over is to spend that quality time with people you care about or are getting to know. If you want to be a great hostess while still incorporating some themed designs, this list should cover you at a low cost.

I’ve tossed a couple parties in the direction of my backyard from grilled gourmet, hanging out and birthdays, but none were quite so successful, or quite so affordable, as my no-reason-at-all box party. I entertained for a good hour and a half having only purchased some packing tape.

In my happy green world, there are few things more enticing than throwing a party on the premise of recycling. It’s that comfort of sitting inside a cardboard box as a kid that inspired it, the closeness, the multipurposeness, the in-and-out-ablility. It’s the joy of opening a gift with yet another empty box, and the joy of coming home finding an order had been delivered. The box-love doesn’t go away, and I embraced it.

The dream was refrigerator boxes and other large sturdy sorts added side by side with doors cut and secret passages, but none of the appliance stores in town kept their boxes whole, thanks to mass-recycling programs. Everything gets squished into cubes. After the rains and I canceled that first attempt, I started keeping my eyes open for more ideas. When I finally got around, two years later, to having a growing cardboard structure in my back yard, it was as good as I imagined: towers, drawbridges with intricately engineered latches, a miniature dungeon, a dog house. The time inside surrounded by giggling was just like childhood. Then it was time for dinner and we all grew up and went home to eat.

To throw your own nostalgic box party, for the child in all your adult friends, here are a few starter ideas.