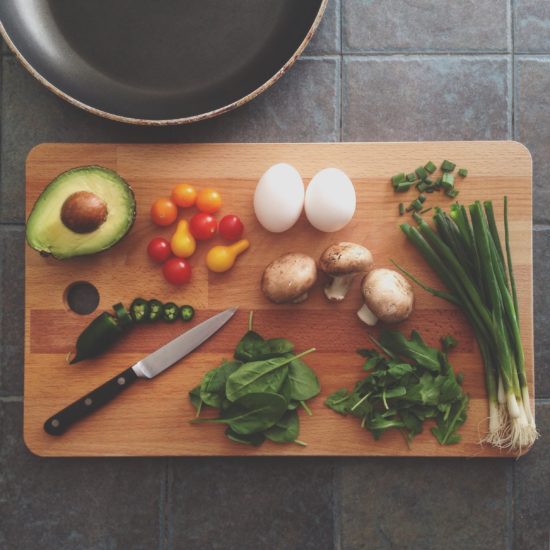 Although the so-called Mediterranean diet has been hailed as the go-to for treating devastating (and costly) medical issues, such as heart disease and Type 2 diabetes, researchers have found a vegetarian diet may be just as effective.

A recently published study compared the impact of the Mediterranean vegetarian diets on 107 obese individuals over the span of six months.

When looking at the group of people involved in the study, researchers found both diets to be equally effective in terms of shedding weight, fat, and body mass. Both diets equally benefited the cardiovascular system as well as help cut the risk of disease in the future.

Both diets can be budget-friendly if you shop around. However, cutting meat out of your diet can significantly impact your cashflow. You may find switching to a vegetarian diet may be the diet your wallet always needed.

That isn’t the main takeaway here though. The study’s lead author, Dr. Francesco Sofi, told The Independent, “The take-home message is that a lacto-ovo vegetarian diet is easy and feasible to follow, without any health problems, if well conducted and prepared by an instructed nutritionist. This helps you to reduce some cardiovascular risk factors.”

Readers, what kind of diet do you adhere to?

Since I first became interested in personal finance a few years ago, I have been dead set against buying a new car. As a person who likes to save money, the thought of buying something that would depreciate tremendously as soon as I drove it off the lot made me shutter. Plus there was the fact that I could buy a slightly used one, with possibly more features, for a lot less money. This is appealing because I like to get the best value for my dollar that I can.

That’s why I could hardly believe it when I found myself even discussing the possibility of buying a new car with my husband recently. Somehow I found arguments as to why it could be smarter for us to actually buy new rather than used like we were contemplating. Funny enough, it really had less to do with the “new car smell” (which I honestly don’t even like all that much) or the warranty, but more about the bottom line dollar amount. Sounds strange huh? Well here are the few reasons I found myself contemplating forking out a lot of money for a nice new car.

High Resale Value: The particular car we are looking at has a pretty high resale value, the fact of which competes with the depreciation argument most given by used car advocates. The 2008 model of the car we wanted was going for $20,000, while the 2007 model was going for around $18,500 and the 2006 for around $17,500. So the difference between the brand new car and the slightly used one wasn’t thousands of dollars, but rather only a couple thousand dollars.

Realizing this, I began to weigh the couple thousand dollars against all the benefits a brand new car brings (warranty, known vehicle history, no miles, perfect condition, etc.) I do realize that most new cars drop their values significantly more than this in the first few years, but this particular make holds its value pretty well, thus giving the new one an edge.

Incentives: Since I’m all about saving money, I had to note the special incentive offers that were being offered on only the new cars. At this time it was $1000 cash back AND 0% financing. Usually you have to choose between the cash back and low financing, but these were being offered together. This closed the already low price gap even more.

Warranty: Above I mentioned that I wasn’t too concerned about a warranty on a car, mostly because I’ve never had one and I’ve been fine. But I have to admit that I did start to factor that benefit in when I realized the new and used car prices were so similar. Not having to pay for any repairs for a few years was definitely tempting.

So based on the above, I had pretty much convinced myself and my husband (although he didn’t need too much convincing) that the new car would be the better deal for us. However, I’m not the kind of person to make a quick decision as I tend to think things over a lot, even if I thought I had already made a decision. The more I thought about it and after doing a little more research, I turned my tables again.

The Real Deal Ok, so if the list price on the new car is $21,000 and I would be able to talk them down to $19,000 then realistically I would be able to do the same negotiating on a used car with the sticker price of $17,000 or $18,000. Minus the $1000 rebate, the price gap grew again when I realized this. Plus I’ve heard that dealers have more room to negotiate on used car prices than on new. Oh — and the 0% financing? Upon further investigation I found that it is only for 24 months (can you say too good to be true?) While we do intend to pay our car off within 2 years anyhow, I wanted to do it on our own schedule and not be stuck with $600 a month car payments. Lastly, this particular car has a transferable warranty so we would still receive a partial warranty with the slightly used car.

The bottom line came down to the fact that we could get a nice used car that was exactly the same as the new one for about $3000 less and while that doesn’t seem like a lot of money when talking about a car, it’s still a lot of money for us. This made me think of all the house projects we could do with $3000 (since we do all the labor ourselves).

So now we are planning on purchasing a slightly used car that’s exactly the same model and features as the brand new one we looked at. I have to say that I feel a lot better about making (what I consider to be) a wise decision in regards to our car. I do understand now why some people find it a better option to purchase new instead of used, but I think it depends a lot on each person’s specific circumstance. This was just an example of our particular circumstance and the choice we made.