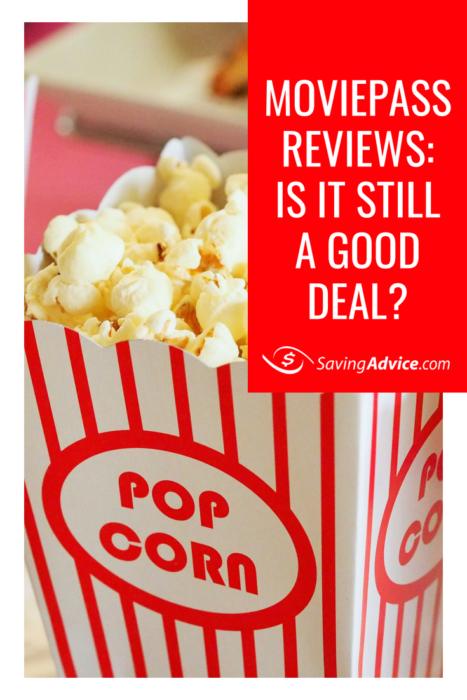 Two weeks ago MoviePass announced changes to its $9.99 a month subscription plan. Now, it has been revealed that the company may, in fact, be renewing canceled memberships without the consent of the customer. I have been a fan of MoviePass in recent months, however, I’m wondering if similar MoviePass reviews hold true in light of the news and price change.

First, you need to know that MoviePass is a startup company that received funding to get off the ground. The service, which is provided through a smartphone app, allows individuals to pay a flat monthly fee to attend local movie theaters (an unlimited number of times, at first). However, signs are pointing in the direction of a huge flop.

The company started announcing changes in late June, initially saying it would be charging its users an additional $2 for any movie deemed to be popular or was playing at a certain time (peak hours). At this time the company also announced it would add a “bring-a-friend” option for its users. This would allow you to buy a ticket (at regular price) ahead of time on your MoviePass app. IMAX and 3D will also be available for MoviePass users in August for an additional charge of $2-$6.

In addition to the added charges, MoviePass has also had an increasing number of outages on the app and service in general. Some theaters were not able to accept MoviePass cards for a few days in June. Then, in late July, there were technical difficulties with the app where no movie times were appearing (something I encountered myself). According to Engadget, when asked whether or not these problems came from issues with funding, the company did not reply.

MoviePass has resorted to debt and equity sales, a reverse stock split, and bond sales to keep the business going. So, is MoviePass really worth it and are there any alternatives?

Currently, MoviePass has two plans available on its website. The most popular plan, $9.95 per month, allows you to view a movie every day of the month and gives you the option to cancel anytime. The $7.95 option provides users with the chance to go to three movies each month.

However, if you have opened the app recently, you know there have been changes to that pricing. Now, MoviePass is offering three movies per month for $9.95. It also states that additional tickets may be purchased at a discounted price. This pricing change will take affect August 15, 2018.

Here’s the screenshot from my MoviePass app of the notification being sent to users. You will have to accept the changes before using the app again.

Is MoviePass Still a Good Deal?

The latest news about MoviePass left me personally a bit unsettled. It has been reported that the company has reactivated canceled accounts and begun charging customers again. Users have also reported trying to cancel the service themselves and are unable.

That being said, MoviePass is still a great deal for users – and most MoviePass reviews will back that up. You really can’t beat $9.99 a month to attend more than one film. But, the company is undoubtedly failing and seems to be grasping at straws to stay afloat.

Once MoviePass launched its app, other similar services have begun to surface. After reading some of the most recent MoviePass reviews, you may want to consider one of these alternatives.

Sinemia was one of the first companies to launch a program similar to MoviePass. First, it launched a service “for two” that costs $8.99 per month and provides one movie day per month for two people (or two tickets a month). However, Sinemia has rolled out a number of plans for users to choose from, depending on their needs.

Plans for groups of six:

American Multi-Cinema (AMC) has launched its own movie subscription service as well, though it is not as developed as Sinemia’s. For $19.95 you can go to the movies three times each week. And, yes, you can even go three times in one day if you wanted to.

Lastly, Alamo Drafthouse, a theater that provides a dine-in eating experience during your film, is working on launching a subscription service as well. There are no details about it yet but you can go ahead and sign up for the wait list now.

The Future of Subscription Services

One thing the flop of MoviePass may tell us about what we can expect to see in the future of subscription services. For instance, small food delivery companies like Blue Apron and HelloFresh have been put under pressure by giants like Walmart offering similar services.

This isn’t to say that MoviePass will fail completely. In fact, it is more likely that it will be bought, along with its users, by a larger company (like AMC). This is because larger companies can afford lower prices for users that small startups simply cannot provide.

Readers, what do you think? Is MoviePass on its way out?