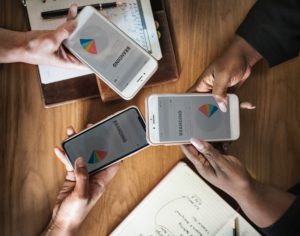 The Sprint and T-Mobile merger has reached a vital milestone. The Department of Justice (DOJ) approved the latest iteration of the agreement that also involves Dish Network becoming a potential wireless competitor. There are many unknowns and mixed reactions in the stock market and political arena.

The $26 billion deal will create the New T-Mobile, with hopes in increasing the 5G capabilities for the network with the combined investments of Sprint Corporation and T-Mobile US, Inc. Combining the third and fourth-largest national wireless providers gives the New T-Mobile a better chance of competing with the significantly larger Verizon and AT&T. Sprint will sell off its prepaid cellular brands, Boost Mobile and Virgin Mobile, and other assets to Dish Network Corporation for $5 billion.

The New T-Mobile agreement will have access to more assets, personnel, and towers. The increase in resources should enable the company to make strides toward reliable, affordable 5G service. Dish Networks plans to establish its own 5G network by 2023.

T-Mobile (TMUS) stock reached its peak so far this year following the news of the DOJ approval. However, it reversed once news of the lawsuits and opposition spread. Sprint (S) stock also saw its highest value all year after the news broke and then turned. Dish Network (DISH) stock followed the same trajectory with a very steep decline. It lost almost 20% of its share value since the merger approval was released. Stock market analysts think the wireless market is too competitive and see this merger as a good thing. However, that only briefly boosted the share values.

Several government officials and presidential candidates disagree. Several states have filed lawsuits against this merger stating that reducing competition will hurt consumers. Some candidates have written letters describing the merger as a threat to 5G innovation.

The merger agreement freezes current pricing for three years to mitigate the risks to consumers in the short term. Additionally, there are no plans to move forward with the merger until the lawsuits are resolved. Some states have already settled their suits, but New York and California are continuing to challenge the merger.

This attempt isn’t the first time the Sprint and T-Mobile merger has received negative feedback. The two companies tried to propose mergers back in 2014 and in 2017. However, this is the first time that the alliance has the Federal Communication Commission‘s (FCC) blessing and DOJ approval. The FCC still has to approve the merger, although it has implied that it will. It is suspected that the FCC implication increased the odds of DOJ approval.

As of now, there are no changes to coverage, service, plans, or pricing. As the race to 5G heats up, we will have to wait and see how the New T-Mobile fares. Dish Network will have a few years to establish itself as a wireless competitor. However, it will have a steep learning curve. Also, there’s no way to determine how drastically prices will change after the three-year freeze. Although, if the merger doesn’t get approved, or the states win their lawsuits, then those concerns will be moot.