"A rich man has more relations than he knows." - French Proverb 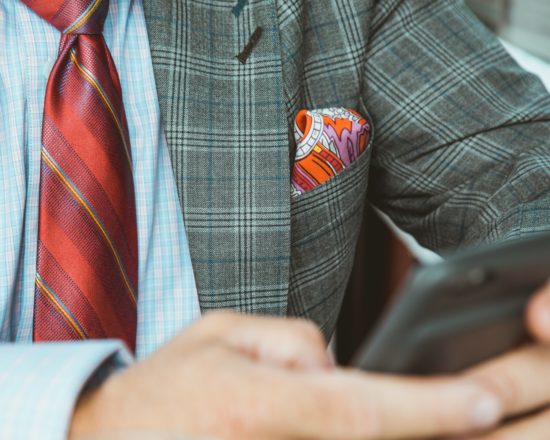 Men who are comfortably dressed are generally more productive throughout the day. According to new research, this may be because ties restrict blow flow to the brain, thereby reducing productivity.

The study, which was published in Neuroradiology, took place in Germany at the University Hospital Schleswig-Holstein. To determine the impact of wearing a tie on blood flow, the study authors took MRI brain scans of 30 young men. Half of the men were instructed to wear comfortable, open-collared shirts. The other half were asked to wear a business shirt and tie with the knot tightened to the point of slight discomfort.

Researchers found ties may be squeezing the veins in the neck and thereby limiting blow flow.  The group of men wearing ties had 7.5% less blood flow to the brain which can impact an individual’s ability to be productive throughout the workday.

In more extreme cases, not having enough blood flow to the brain can cause a stroke and kill organ tissue. If the individual already has high blood pressure, it could prove to be fatal. And, in the short term, experts warn it can impair your cognitive functioning.

This study follows previous research finding that ties may increase pressure in the eyes of individuals who wear them as well and MRI studies that show cognitive function is strongly impacted by changes in cerebral metabolism.

Should You Stop Wearing Ties?

Does this study mean is there enough evidence to throw out all your ties?

No. Before you run to the HR department about changing the office dress code, it is important to remember this study had a number of limitations.

For example the study examined a very small group of individuals.  The study also was not clear on what the specific impact of decreased blood flow may be. The study didn’t delve into changes in reaction time or decision-making skills.  Also, the researchers asked the group of men wearing ties to adjust them to the point of slight discomfort.  Comfortable ties might have not have the same effect on blood flow and cognitive functioning.

Read More On Career and Fashion